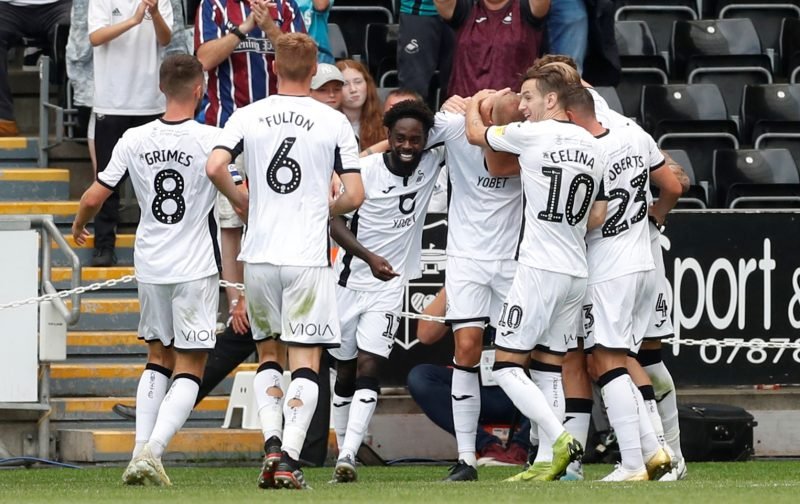 We might only be six games into the 2019/20 Championship season as we sit top of the pile following the victory over Leeds but there’s still plenty of reason for fans to be optimistic during the fortnight international break.

So many people will tell you to ignore the league table, I’m sure Steve Cooper will be the first to do so and play down our 1st position:

“It’s just six games. It’s too early for any mention of that. I’ve not even looked and I say that honestly. We’re pleased with the progression of the team, in training and games we’re growing.

That will be our focus for the whole of the season, through the ups and the downs.”

But it’s not just a case of being optimistic simply because we’re top. There’s other reasons too. We’ve also been boosted with the news that Borja Baston and Andre Ayew will stay at the club until January at the very least. There was a possibility that either player could leave prior to the European transfer window deadline but the club recently confirmed that Ayew was staying while Borja also confirmed himself he’s here to help us in the Championship.

“I’ll be honest and say I have had a number of offers from some major clubs abroad, The club was aware of the options, but made it clear they wanted me to stay.

“I’m really enjoying my football at Swansea and I’d like nothing more than to stay part of this squad.

“Everyone at the club has welcomed me back with open arms from my loan spell at Fenerbahce and I really believe in what the head coach (Steve Cooper) and the club are trying to achieve.

Another positive of course is how Steve Cooper has hit the ground running and we also look like we have greater strength in depth despite the Summer departures of Oli McBurnie and Dan James.

Not only that, but so far we’re finding ways to win games without particularly playing well. I don’t think we’ve been anywhere near our fluent best yet and that’s also an exciting prospect. We didn’t have it easy against the likes of QPR, Preston and Leeds and further challenges will come but that win at Leeds will be massive for our confidence and belief.

We can’t stress it enough, it’s still early in the season and we can’t get carried away but there’s a lot for us to be positive about and we look forward for what’s to come this season.