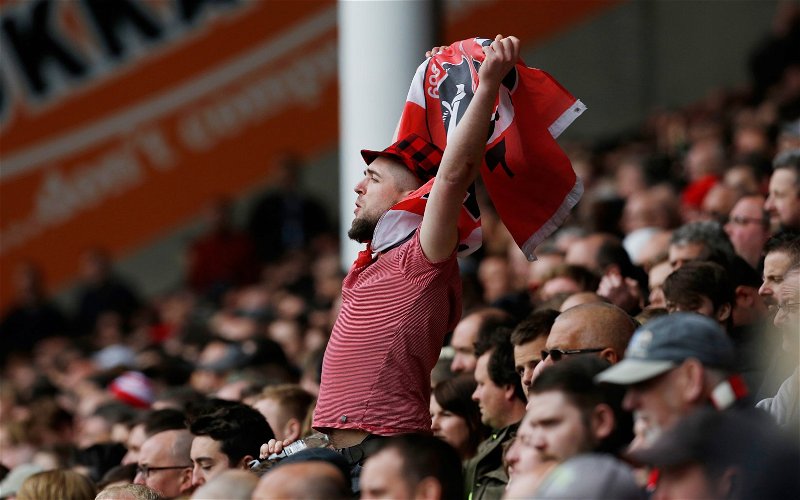 Swansea City got their first home win against a top-six side on Saturday as Oli McBurnie’s goal was enough to get us all three points against promotion-chasing Sheffield United.

Graham Potter’s side also kept their first clean sheet since their 1-0 win at Bolton Wanderers back in November as the Blades wasted two clear cut chances in the first half.

As you can imagine, chasing a top two place and failing to take advantage of Leeds United’s defeat, a number of Sheffield United fans were frustrated with the defeat – especially after such a strong first half.

Courtesy of leading Sheffield United forum – s24su.com – we share some of their fans’ comments after the game.

One fan downplayed our performance:

“Swansea won’t reach the play offs. No chance. McBurnie and co will leave and they’ll be looking the other way.”

I did like this comment though about the comments of their manager Chris Wilder. Wilder seemed to think that his side dominated while we made the most of our brief spell during the second half. I felt it was more of an equal split as we had much the better of the second compared to their dominance in the first.

“Bizarre interview from Wilder. He seems to suggest they just had one spell and moment to win it. They completely dominated 2nd half and with better finishing would have scored 4 or 5. Course he is right we should have led but does not really allude to us not winning any balls, 1st or 2nd, letting them run past us time after time and showing no desire to play higher up the field.

Twice Potter has changed things against us and twice he has sat back and done nothing. Love Wilder but he was poor today in not reacting and his post match interview is a bit baffling. We were really poor actually from minute 30. They had the best of the other 60 minutes and deservedly won the game. 1-0 was about right – in fact maybe 2-1 on the chances.”

Another fan also thought that Graham Potter deserved credit for changing things and rightfully so after he switched from a 4-2-3-1 to a 4-3-3 formation during the first half:

“I think Potter deserves more credit as well. They changed their system which nullified us to a degree.”

United fans were also impressed with match-winner Oli McBurnie who returned to the fold following an illness:

“I’d have that McBurnie down the Lane any day of the week. Finishes, makes a nuisance of himself and runs with the ball. He’s the type of player we need to move to the next level.”

“if we do manage to go up we have to be after McBurnie, all round number 9.”

“Swansea, on paper are decent, but they were there for the taking, we should’ve taken at least two chances and it was a chance missed.”