Pulis: ‘Swansea City was the game I worried about the most’ 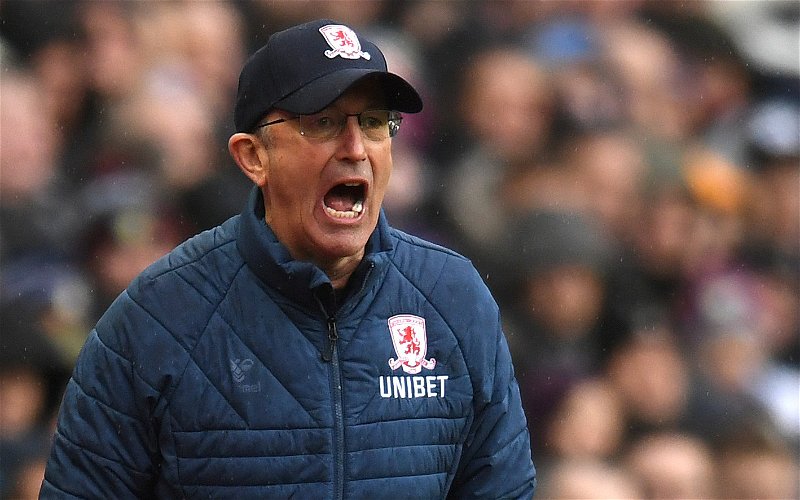 Middlesbrough manager Tony Pulis admitted that Swansea City was the game out of those remaining that he was worried about the most, and he had good reason to be as Potter’s Swans came out convincing 3-1 winners.

Welshman Pulis is under pressure at Middlesbrough, they’re struggling for form and have lost their play-off place as a result of their poor run. On yesterday’s showing, you can’t expect them to get back into the top six as the scoreline actually flattered them with the Swans missing some great chances.

“Of all the games left, this was the game I was more worried about than any others.”

“I thought Swansea would cause us problems because their movement up front is very good and kid out wide (Dan James) is special player.

“They caused Dani and Flinty lots of problems. We didn’t get to grips with it until 10 minutes in the second half.

“We needed a goal before they got their third, the third is a bad goal to give away. If you get one and it brings us back, there would have been a bit more pressure on Swansea.

Pulis sent his players back out for the second half early and described his side’s first half performance as ‘awful’ and he wasn’t wrong. In that first 45, the Swans missed two of their three big chances according to the stats, hit the woodwork once and managed 8 shots on goal, 4 of which on target.

“I was really disappointed with the first half, I just thought the way we played it wasn’t until five minutes into the second half that we got hold of the game.

“Even then Swansea caused us problems on the break. Out of all the games we had left this season this was the one I was more worried about than all the others.

“Don’t forget they were a Premier League side last season. The players didn’t perform to the level they are capable of and they’ve got to be bigger and better than that.

Yes, we were a Premier League side last season but that matters for very little and it’s no excuse. We’re below them in the table and sold a host of those top flight players. In today’s side, Mike van der Hoorn and Kyle Naughton were regulars while Wayne Routledge and Nathan Dyer featured sparingly.