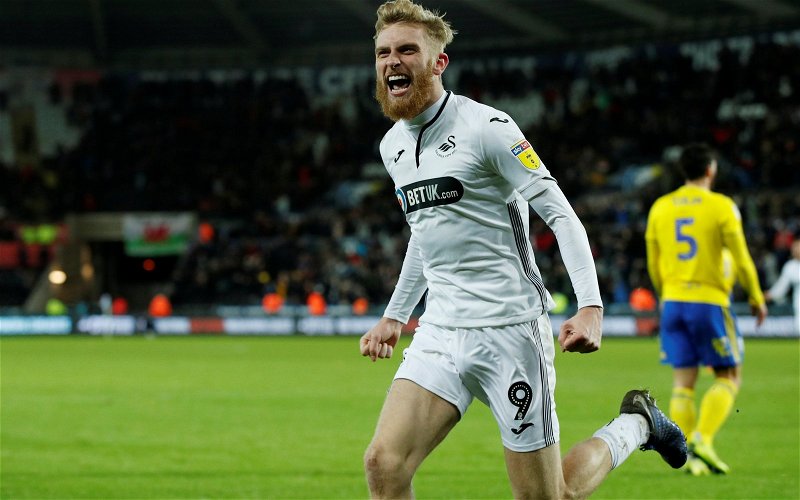 Premier League newcomers Sheffield United will test Swansea City’s resolve this week on star striker Oli McBurnie with an initial bid of £15m rejected by the Swans – as confirmed by BBC Sport.

Further reports have suggested that chairman Trevor Birch will demand a fee of £20m or more for the 23-year-old striker who netted 24 goals in total last season, 22 of them in the Championship.

Considering our on-going financial troubles and the need to raise funds to meet the owners’ wishes of being “self-sufficient”, we might be tempted to reach an agreement with the Blades but his departure would be a massive blow to Steve Cooper’s plans for the new 2019-20 season. Losing a 22-goal striker is massive, even more so considering we don’t have the quality in reserve.

In addition to that, we only have less than three week until the new season starts and that’s not much time to look for a replacement and get them implemented within the new squad. 20-plus-goal strikers are very hard to come by and we would do well, without a head of recruitment in place, to bring a player in that can get close to McBurnie’s achievements last season.

Speculation suggests that McBurnie fancies the move and to test himself once again in the Premier League; it’s now a case of whether the two clubs can come to an agreement on the fee. £15m wasn’t satisfactory but you would expect United to return with a slightly higher bid and the addition of add-ons to help move the total fee closer to our £20m demand.

@oli_mcburnie better 2️⃣4️⃣ goals last season but it's not just about goals that's attracted a bid from #sufc, his link up play in deeper positions is superb as we saw yet again during Saturday's friendly at Crawley Town. pic.twitter.com/FLZui7PSoz