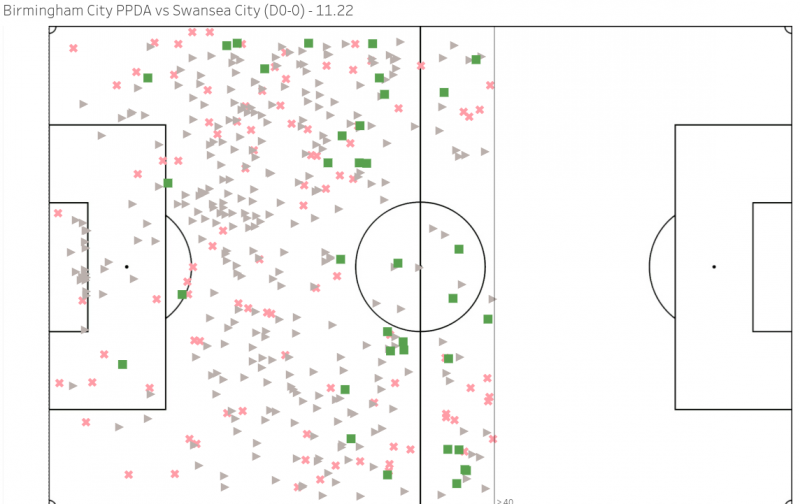 Birmingham City’s intense pressing approach on Friday night caused all sorts of problems for Graham Potter’s Swansea City but did it reflect in the PPDA (Passes Allowed Per Defensive Action) scores?

For more information about PPDA and the measure of pressing intensity, check out our article here which focused on PPDA in our first home game of the season that saw us beat Preston North End 1-0.

Our scores so far of 18 (the lower the score the better) indicates that Graham Potter doesn’t adopt a high and intense press but a more balanced approach at Sheffield United with well-positioned players blocking passing lanes and McBurnie man-marking the deep midfielder which forced the Blades into wide areas worked just as well.

The numbers for the Birmingham City match suggests a different approach from Potter, but the PPDA score of 7.95 is helped when the opposition is happy to go direct from deep positions. Swansea’s philosophy was completely the opposite, with 78% of their passes in the entire game being played in their own half, there were far too many passes being played sideways across the two centre-backs as Birmingham City did an effective job in preventing the ball advancing from Swansea’s defence into midfield.

Like we’ve seen previously, the Swans pressed mainly in wide areas in the middle third with little need to press on Birmingham’s back line as they often went long anyway. 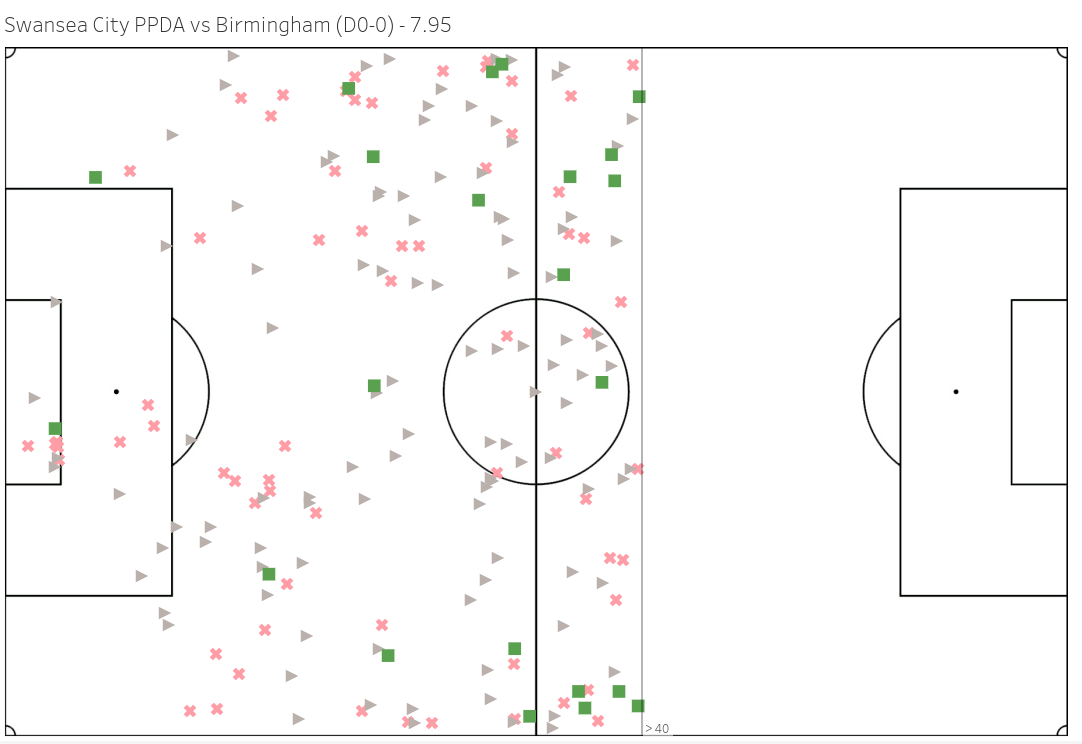 Birmingham City targetted Swansea City’s left side to press in high areas and here you can see a lot more unsuccessful Swansea City passes (red crosses). Birmingham’s other busy pressing area was in and around the centre circle. 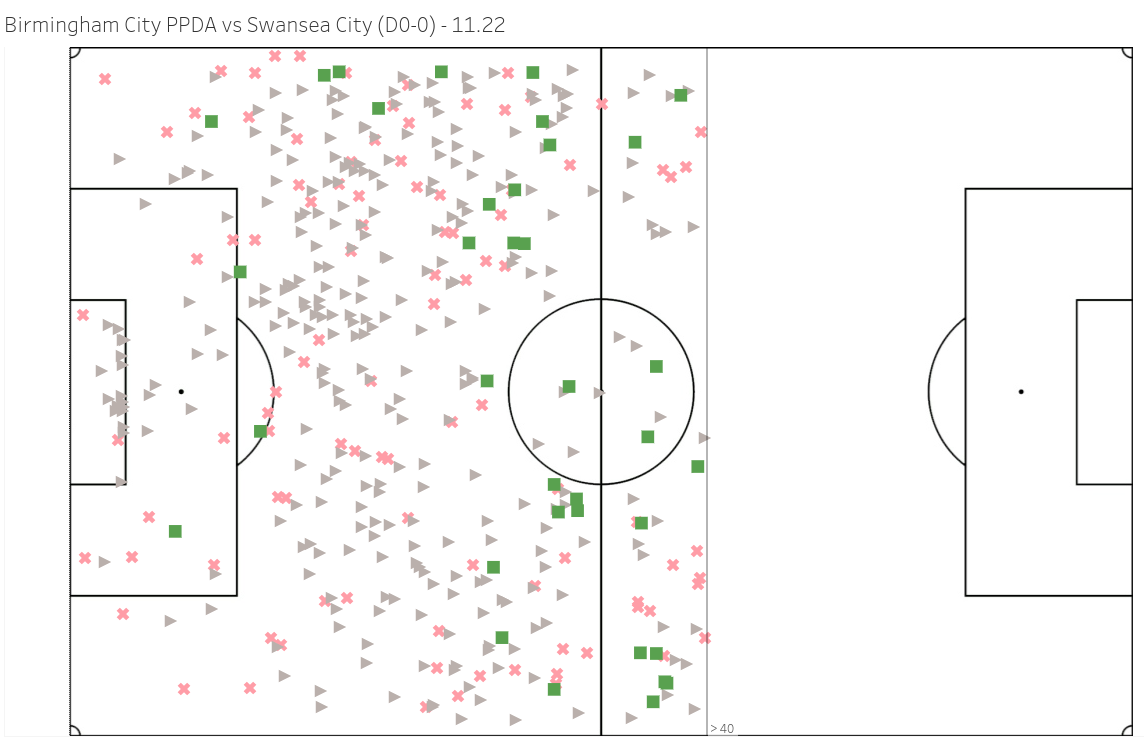 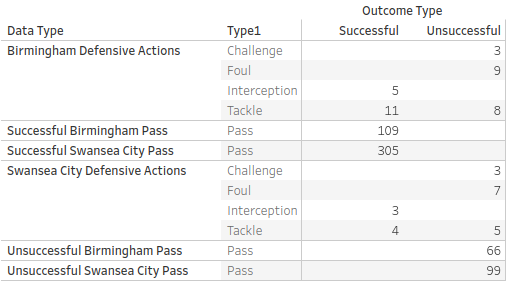 Side by Side Comparison