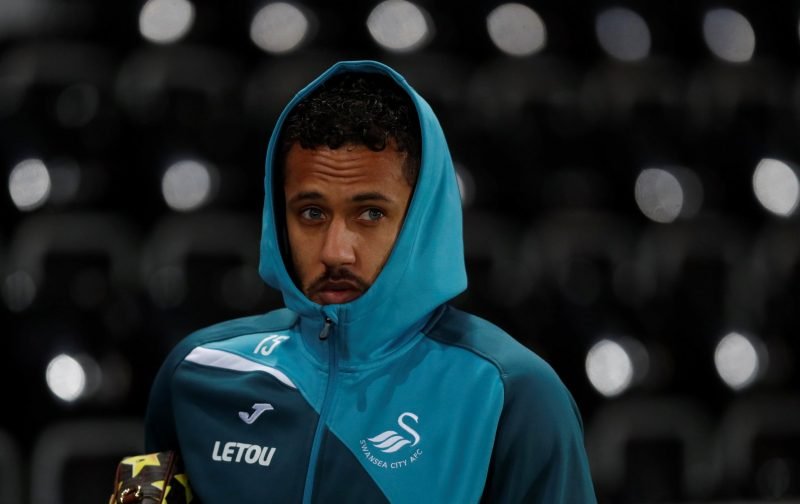 Swansea City boss Graham Potter says that he is “positive” that he can “find a solution” to keep Wayne Routledge at the club for next season.

The winger finds himself in a completely opposite situation with the fans this Summer. This time last year, a number of supporters believed that he should have been moved on after struggling at Premier League level but after revealing that he wavered a clause that allowed him to play this season, the majority of fans are now hopeful that he stays at the club and signs a new contract.

There are concerns though amongst the fans that he’ll suffer the same fate as former fullback Angel Rangel who was left in the dark last year and left on a free to join fellow Championship outfit QPR having not been offered new terms.

Whilst Potter says that he will sit down with the 34-year-old to come to a solution, it still comes down to the owners as they are the ones ultimately who will decide whether or not to offer him a new deal within the strict new wage cap that has been implemented since our top flight relegation.

After the 2-2 draw at Blackburn Rovers that completes our season, Potter said:

“He is someone who I think is important for the club going forward and we will be speaking to him over the next days and weeks – now we have a chance to – to try and do something to keep him at the club.

“I think on and off the pitch I think he has played a big role.

“You have to take that with the context of a financial situation we have to deal with. So, it is not like we can do something automatically.

“But I am positive we can find a solution.”

After missing the defeat at @NFFC , Routledge has made 8️⃣ appearances, scoring 3️⃣⚽⚽⚽ goals and assisting 2️⃣????️????️ , averaging a goal or assist every 131 minutes in those 8️⃣.

There are so many words. But a honour and a privilege, and thank you is all I can get out right now. ❤️ ???? pic.twitter.com/weGDcmIhL8