Potter Not Holding Back As Swansea City Forward Refuses To Train 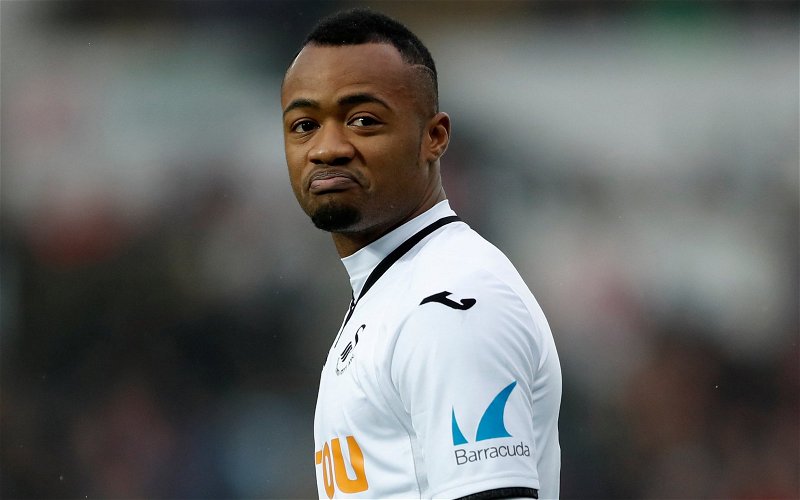 Swansea City Graham Potter didn’t hold back in making his thoughts known about the latest news that Jordan Ayew is refusing to train following the latest transfer speculation – as he eyes a move back to the Premier League.

The forward was on the verge of joining Crystal Palace but the move fell through as the London was hoping to send Jaïro Riedewald the other way as part of a swap deal, but the defensive midfielder snubbed a move to the Swans as he apparently wasn’t interested in dropping down a division.

When asked about the latest news on Jordan – our top scorer last season with 11 goals, Potter simply responded:

“There’s no further news on Jordan – he’s just not been here,”

“That tells you that he’s not part of what we’re trying to do, by his own actions.

“It’s whether we can get a good enough deal for the club. Otherwise, that’s going to be an interesting time for him.”

Potter has been clear since the very start that he only wants players at the club who want to play for Swansea City. Players like Jordan Ayew clearly don’t so you can blame anyone for not having absolutely no interest whatsoever in the player. It’s just a case now in hoping that another club comes in with an offer for the 26-year-old.

The Swansea boss is very keen on building a good atmosphere in the dressing room as well as bringing the players and fans closer together. Today’s open training session at the Liberty Stadium and the Fans’ Forum earlier this Summer has helped to do that early on in his tenure. Things like this go against the grain so to speak so it’s hardly surprising to hear Potter’s comments. “An interesting time for him,” Potter says, I’m guessing he’s not going to spend much of his own time on players like Jordan Ayew who are showing no interest here.

His representative suggested recently that they plenty of offers to consider.

Chelsea goalkeeper Courtois is another player who has refused to train with his club as he attempts to force a move to Real Madrid. This is player power yet again and they need to start acting like professionals and do the job they’re paid to do. Fines, of course, can be made and this would save us a decent amount of money – but this would never put off a player from doing it – mainly because they can easily make it up again with a possible sell on fee elsewhere.

This tweet sums it up well for me, he could join Cardiff City – a fifth relegation in a row!?

Oh please let it happen!! He will be going for his 5th straight relegation!