Potter Has Already Made a Big Impression On New Signing Dhanda 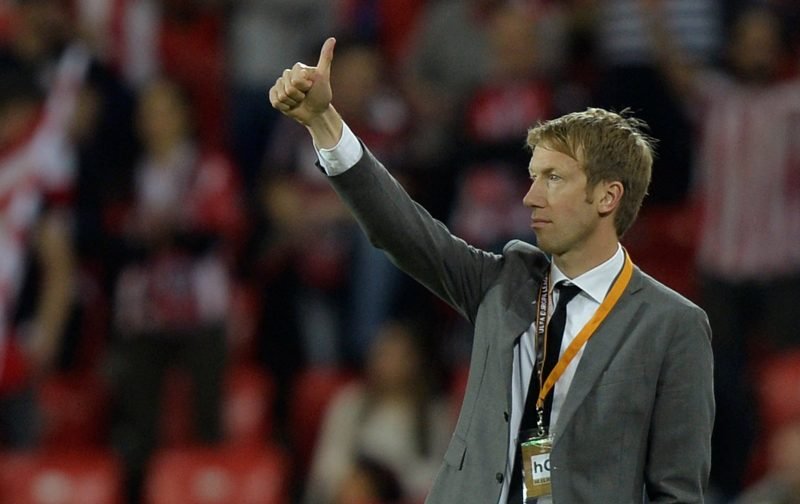 Judging from Yan Dhanda’s comments after he scored during Tuesday’s 2-1 friendly win at Yeovil, new manager Graham Potter has already made a big impression on the 19-year-old, who recently signed on a free transfer after leaving Liverpool.

After his volleyed goal at Huish Park on Tuesday night which put the scores level at 1-1 before Matt Grimes’ injury-time winner, Dhanda spoke about how happy he was when Potter got the job.

“I was so happy when he got the job,”

“He’s exactly what I want in a manager – he loves to play the style that I like.

“He’s a really nice man and everything you want in a manager. He’s got time for every single person, so I think it’s going to be good working under him.

“I really think he can bring out the best in me and I’ll give everything to play for him.” – Yan Dhanda

Potter’s arrival as manager was widely appreciated and welcomed amongst the Jackarmy faithful, and it looks like it hasn’t taken long for the young coach to impress. His man-management skills have been widely praised – particularly in the lead-up to his appointment, but he’s also regarded as a very clever guy with a sharp, tactical brain too.

It was expected that Dhanda would start off in the under-23s setup before earning a move to the senior squad, but it wouldn’t be at all surprising to see him drafted straight into Potter’s team plans for the Championship season.

He only came on as a substitute during the second half but it didn’t take him long to influence the game. Not only scoring a decent goal from about 12 yards, he “added some pace to the game” as the Swans improved after the break following a poor opening 45 minutes.

Dhanda sure sounds eager to impress and earn first-team football in the Championship:

“Luckily, I got a goal and was able to show what I’m capable of. Hopefully, the manager was impressed with me.

“Every chance I get, I’m just going to try to show what I’m capable of. Hopefully, the manager enjoys the way I play.

“If he gives me the chance to play in the Championship, it’s down to me to show what I can do.”

“It’s lovely down here, Every single player has been nice to me and made me feel welcome. I feel like I’ve been here ages already.”