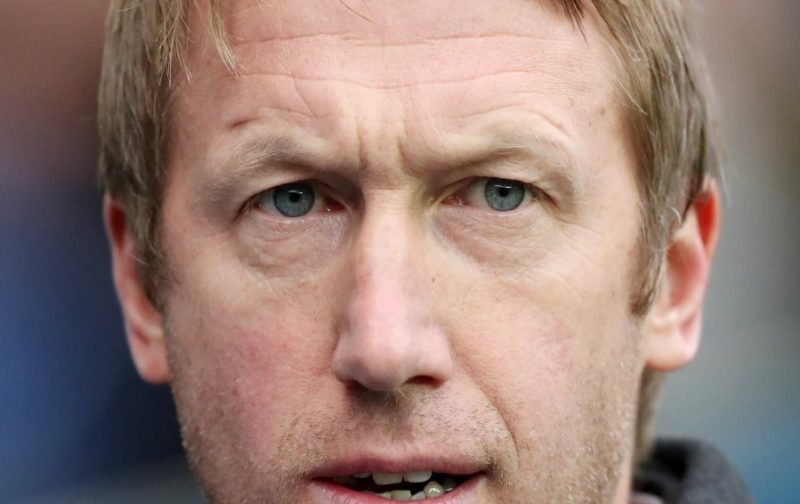 Following Graham Potter’s decision to leave Swansea City to join Brighton & Hove Albion this month, Swans fans have been quite split and divided in their reaction to the news. While some can’t blame his decision, many others feel let down and angered by Potter particularly after his recent comments about his future at the club.

Within a couple of weeks of his departure, Potter spoke with Swansea Sound’s Dave Brooks for a special end of season interview, in which he said towards the end that he expected to stay at the club “for as long as they’ll have me”.

Of course, we wanted him to stay for as long as possible, but Brighton moved quickly after sacking Chris Hughton and he was the instant favourite to replace him.

Those comments about his future at Swansea and his interaction with fans at the end of the home game vs Derby County struck a chord with Swansea City supporters, leaving many of them angered by his lack of loyalty – but then again you can’t forget that many fans have often said that they wouldn’t blame him if he walked due to the struggling environment and financial limitations he was working against.

So to help us understand the fans’ split between not blaming him – for those reasons of working under such tough conditions – and those who do blame him for showing a lack of loyalty – we posted a poll on Twitter recently. We also included a third option of a “a bit of both”.

Quite surprisingly, only 13% of the 1,167 voters voted outright that they blame him directly for leaving. A large 45% said they didn’t blame him with the remaining 42% selecting the “bit of both” option.

That’s the option I would have selected – bit of both but I personally can’t say I blame him for taking the opportunity but you can’t help but feel frustrated as he pretty much had us all confident that we were going to get another season out of him in 2019/20.

Some might say that he’s joining a Premier League side waiting for relegation but Graham Potter was certainly being brought in there to boost them from the bottom 4 or 5 and establish themselves more. It has to be said, Potter is a sound and clever appointment in an effort to bring more attacking and exciting football for their supporters. Not only that, but he should be backed with a transfer budget to deliver that objective, unlike here where he knew he would lose some of our best players and find it very touch to replace them with quality.

Which side do you sit on Potter's move to Brighton?

Some fans (opt 1) don't blame him for going, owners won't back him & he's going to a PL club who will.

Others (opt 2) do blame him 100% & feel let down after his recent YJB shouts to the crowd etc.