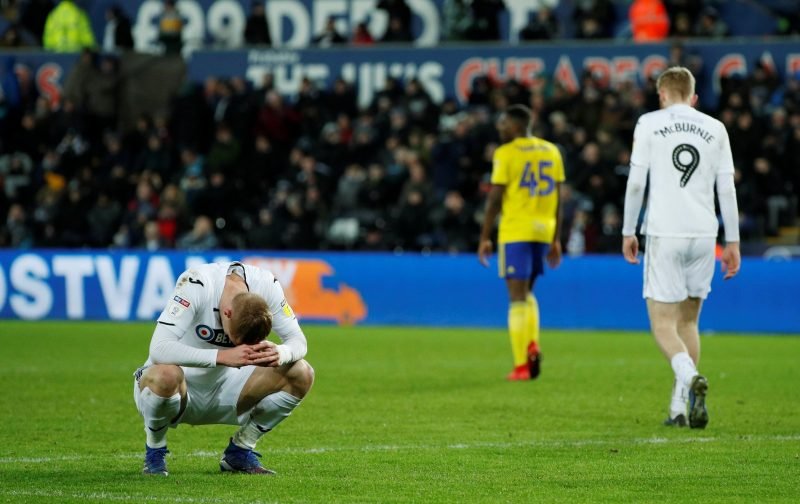 Other than our set piece defending, if there’s one other weakness that’s been identified by fans as needing improvement next season then it’s been around the lack of experience within the squad and the inability to hold on to leads in particular.

Many times this season we’ve taken leads having dominated first halves of matches but have struggled to maintain that level of dominance, leading to drawing or losing these games.

It’s been a criticism all season but how bad has it been this season compared to the rest of the Championship?

Relying on TransferMarkt.co.uk , the below data shows the leaderboard of how many points were lost after taking the lead (most points lost first).

In summary, the Swans lost 25 points from leading positions with only six teams losing more.

Swansea City were also one of five teams who took the lead on 28 occasions with only three other sides taking leads on more occasions – Norwich City, Sheffield United and Aston Villa.

Promoted side Sheffield United went behind only 15 times, the fewest of any Championship side. In comparison, the Swans went behind 26 times with only 6 sides having a worse record. One of those sides, amongst the three relegated teams, was Aston Villa (27) but they managed to claw back 29 points from losing positions.

Failing to win games after taking the lead has most definitely been a major issue this season, especially when we’re able to dominate possession with 70% but still manage to draw or lose games after a strong start. Against Hull recently at home, we took a deserved 2-0 lead by half time but had to settle for a 2-2 draw. One of many other frustrations also saw us fail to beat Birmingham City at home despite taking the lead and the Blues having a player sent off.