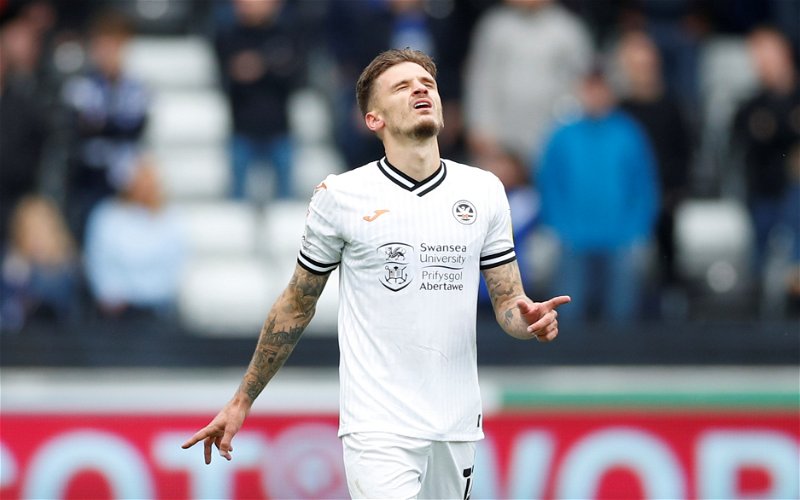 After Tuesday night’s disappointing 1-0 defeat at home to Luton Town, boss Russell Martin sounds hopeful that Jamie Paterson is on his way to returning to the starting line-up.

“The advice he was given was really poor, the message that was sent out to the rest of the footballing world was really poor and untrue.” – Russell Martin

“It is really important for us that we manage him in the right way.”

If there’s one main thing this whole situation has proved, it’s for us all not to jump to conclusions. So many people were so quick to get on Jamie Paterson’s back when we didn’t actually know the full details of what was really going on.

And fair play to Russell Martin. He backed the 30-year-old all the way which suggests to me that the player wasn’t the one at fault.

We still don’t know all the facts yet but it appears that the player was promised better terms when his contract was extended but it never came. There’s probably much more to it than that.

But some supporters calling for him to leave and how he’s a disgrace seemed a knee-jerk reaction to say the least without knowing what really happened.

“We had a brilliant chat (on Tuesday). I said all the way along that I don’t blame Pato at all, our relationship hasn’t been affected and we have never fallen out,”

According to media reports on Monday’s transfer deadline day, Paterson was the subject of a third bid from fellow Championship side QPR which was rejected by the club. £750,000 was believed to be the fee that was required to tempt the Swans into selling but Martin also revealed before Monday that the opening two bids fell way short of the asking price.

Reacting to the news that Paterson would stay at the club for the rest of the season, Martin added:

“He is still here, so for us it is like a new signing. It’s brilliant that he has stayed.

“He’s still not in a brilliant place mentally but he has never ever refused to play. He hasn’t been in the right frame of mind to play and that is a different thing altogether.

“His form had dipped in the two or three games before because of what was going on and he decided that he wasn’t feeling very good.

Looking ahead to future games, Martin is expecting Paterson to return to training on Wednesday having trained with the under-23s in recent weeks. It will be a huge boost if he can be available for matchday selection on Saturday:

“It is really important for us that we manage him in the right way.”

The Swans have really struggled without Paterson in the last few games, so much so that we wrote an analysis below on how it is affecting the form of our leading goalscorer and striker Joel Piroe.

Up until December with the 4-1 home defeat against Nottingham Forest being his most recent game, Paterson has scored 8 goals with 4 assists. In the five games he has missed, his side have only scored 2 goals, winning just one and losing twice. Results weren’t much better prior to his absence though as we lost three games on the bounce just before.