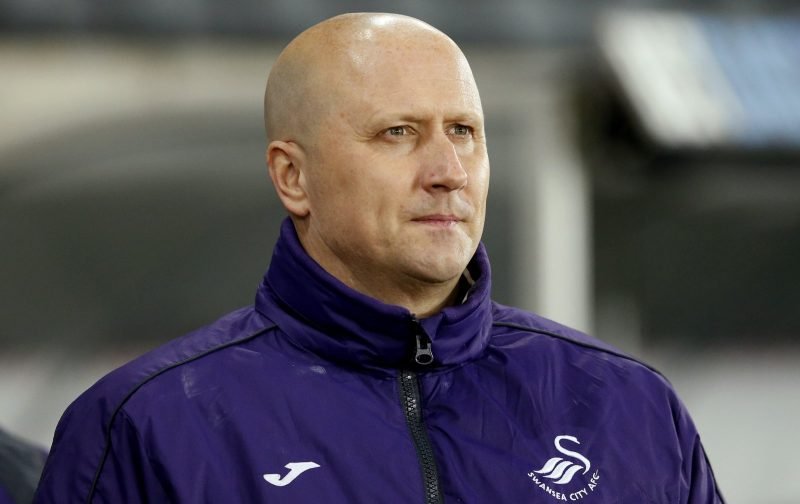 After the disappointment of Graham Potter leaving for Brighton there have been a number of candidates linked with the Swansea City job and here we will look at them in more detail and I will give my opinion.

The favourite for the role since Potter left and does appear to tick some of the boxes. He has helped develop a number of the first team squad and has had success at under 23 level. He will likely play the possession based football the fans will demand but a lack of playing or coaching experience outside youth football is the primary concern.

He’s done a brilliant job at Newport in his two and a half seasons. Firstly saved the club from almost certain relegation before stabilising and then leading them to the play off final this season. These league results have also been supplemented with FA Cup wins over Leeds, Middlesbrough and Leicester with a draw against Spurs over two season. Flynn is clearly a very good man manager but industrial style of play with long balls and throw ins mean Swansea will not be overly keen.

The least know name amongst the top contenders but thought to be keen on the job. Guided Nuremberg back to the Bundesliga in the 17/18 season whilst developing a lot of young players which will appeal however style of play is not possession based and his team do not press the ball which is unusual for a German manager.

A loyal Swansea servant who had a very good playing career with the club in all 4 divisions. Has been coaching at under 18 level with the club but totally unproven and surely if they were looking to promote from within Toshack would be ahead of him.

Legendary Argentine striker was one of the most prolific forwards in the world in his prime but in terms of coaching has absolutely no experience at any level and does not speak English. Linked with job off the back of Middlesbrough rumours it seems and would be a massive gamble.

Current bookies’ favourite has achieved 5 promotions in 8 seasons as a manager in the lower leagues including with Tranmere last weekend which was their second successive promotion. Plays attacking football and would appeal as someone who deserves a chance at a higher level. Might stay loyal to Tranmere.

Probably the outstanding candidate for the role but an outsider. Brilliant season at Barnsley led to automatic promotion with an attacking style of play. Very unlikely he would swap Barnsley for Swansea.

One of the first names linked with the job. Led Kidderminster to back to back play off finishes in non-league football and did ok in charge of QPR for a handful of games. Not evident what style of play is and would be filed under in the risky appointment category.

Another outsider for the role but job in sealing back to back promotions with Lincoln and outstanding job he has done there deserves attention. Someone will take a chance on him but unlikely to be Swansea.