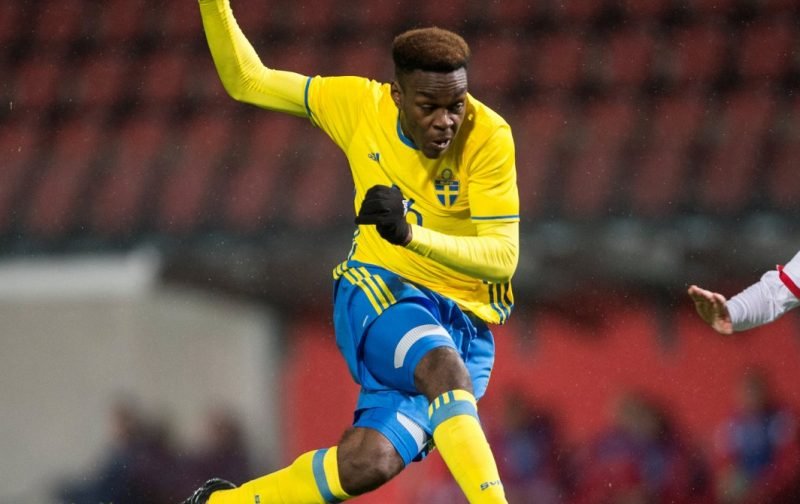 The World Cup is over and the transfer window is in full swing – but with just a little more than 3 weeks left until it closes, it seems the right time to assess our business so far and how it is likely to affect Graham Potter’s plans for the season.

Incoming transfers have been few and far between as of yet, but in Yan Dhanda, Jordi Govea and Joel Asoro (pictured), we have 3 exciting prospects who could well be pushing for a place in the first team when we visit Bramall Lane on the opening day.

At a glance, Dhanda and Asoro may seem like similar prospects, but they, in fact, both offer completely different options for the Swans. Naturally a left-winger, Dhanda is a technical attacking midfielder who can also be deployed behind the striker. He contributed towards 15 goals in 18 games for Liverpool’s under-18’s before impressing for their under-23’s. He scored 5 goals last season, one of which came against Swansea’s under-23’s at Landore on the opening day.

Swansea struggled desperately for artistic flare last season following the sale of Gylfi Sigurdsson and, while he will likely start his life on SA1 with the academy, players like Dhanda could be the key to finding that creative spark again this season. In either of Potter’s preferred setups, a 3-5-2 or a 4-3-3, Dhanda can slot in as an attacking midfielder or winger respectively.

Asoro is more experienced than Dhanda having played in the Championship for Sunderland last season. Scouted by Kyle Macaulay, Potter’s head of recruitment at first Ostersunds and now Swansea, he is a player who’s been watched closely by the Swans’ boss. And while he may not be the finished article yet, there is hope that he will develop into a well-rounded winger.

The pacey winger attracted other suitors before moving to South-Wales, with Tottenham one of the bigger names said to have been in for him – but that deal was scuppered by the demands of his agent.

By the way this Asoro to Spurs thing. If you want the truth. His agent wanted £1m out of the deal. That’s why it didn’t happen.

As is the case with Dhanda, there would be a space for Asoro in either of Potter’s ‘go-to’ formations. A 4-3-3 would see him slot in on the right of a front 3 in his most natural position, where his pace and agility would cause mayhem for any opposing full-back. In a 2-striker formation, Asoro has experience from his time at Sunderland playing through the middle as a second striker.

“Jordi is an Ecuadorian defender who possess three key qualities for a player in his position: he’s skilful, is able to go past a player and has a good shot on him. He’s left footed and is able to send in good crosses on the run.”

Another player likely to slot straight into the club’s under-23 setup, there is certainly room for Govea to step up to the first-team. Martin Olsson is currently the only recognised left-back at the club and, with various other positions on the pitch needing to be addressed, it is unlikely that the club will spend further on bringing in anybody else there. Govea would be an ideal option in a 3-5-2, where our wing-backs would be more progressive and given more freedom to carry the ball into the final third of the pitch.

New deals for Oli McBurnie and George Byers would suggest that they will have a place in the first-team this season. We know that McBurnie is capable of playing as a lone striker, while he also thrived on the left when at Barnsley last season.

Byers played as a central midfielder for the club’s under-23’s last season, contributing to 29 goals in 39 appearances in the Premier League 2. Comfortable in the centre of the park or sitting behind the striker, his creativity and dead-ball ability could see him become a mainstay in Graham Potter’s starting 11.

The squad is still crying out for experience and, with the likes of Fernandez, Mawson and the Ayew brothers all likely to leave, could be one of the youngest in the division when we kick off the season at Sheffield United next month.

With that in mind, I anticipate a busy few weeks at the Liberty Stadium, we just have to hope we can get our business done before it’s too late.