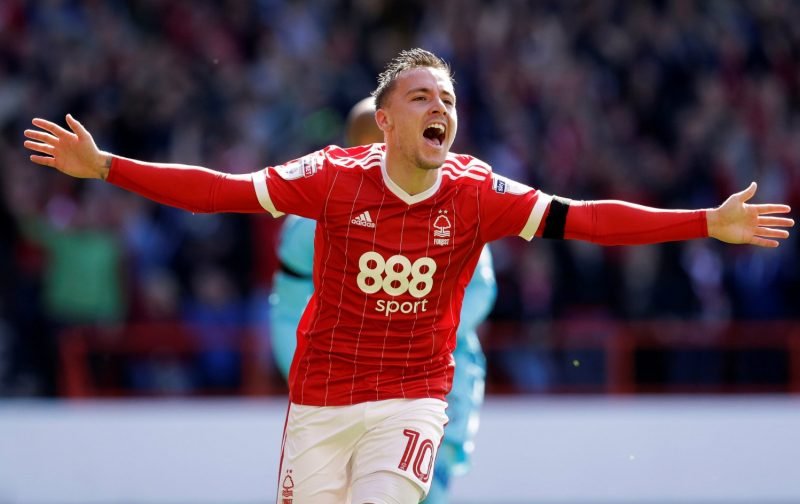 No longer than a week ago, the not-so-distant future looked bleak for Swans’ fans – but the feeling around the club has changed over the past couple of days.

It looked as though it would be another season of last-minute sales and nonsensical panic buys this summer but if the past few days have proved anything, it’s that patience really is a virtue.

With high-value players in Alfie Mawson and Andre Ayew still on the books at the Liberty Stadium, our transfer business seemed to have ground to a holt. Rumours surrounding a move for Aberdeen defender Scott McKenna had cooled and, with little else to get excited about, the frustrations of Swansea fans was understandable.

Fast-forward a week and it’s an entirely different story. Now with Ayew’s loan move to Fenerbache and Mawson’s imminent move to Fulham, there has been nothing but good positivity flowing out of the club.

MAN CITY. Nmecha telling chums he is off to Swansea. What a cracking signing. McBurnie and Nmecha in the same attack. – Alan Nixon on Twitter

It has taken its time and while there are no ‘big-name signings’, the likes of which we’ve become almost accustomed to over the years, the club is doing business which makes sense both from the outside and, most importantly, from the manager’s perspective, too.

Speaking on Monday, Potter spoke confidently and knowledgeably about his 2 new signings. On Bersant Celina, he said:

“Bersant Celina is someone we see as an attacking midfielder. He had a season in the Championship last season and he impacted the game there… He played quite a few positions; out wide, as a second striker and in midfield, but for us we want to use him in a central, attacking area between the lines… he can receive the ball in tight areas and play forward. That type of player is someone we’ve missed a bit here.”

Barrie McKay, whose three-year deal was confirmed by the club today, Potter described as “someone who sees himself as a winger”, though insisted that he saw a future for him playing more centrally.

The manager clearly knows these players like the back of his hand, which is more than can be said for previous managers…

Can we take a moment to compare this with Paul Clement, who, 6 weeks after signing Sam Clucas, said "we need to find a position for him" ????

More exciting news this afternoon came in the form of an approach for Brentford midfielder Ryan Woods, who if Sky Sports are anything to go by, would be ‘an ideal replacement for Leon Britton’ – not a bad endorsement, there.

Woods won the club’s ‘Player of The Season’ award last year and is rumoured to be available for £7m – a price which, if reports are correct, the Swans aren’t too far away from meeting.

It may be late in the window with just a matter of days to go until the start of the season, but it’s certainly a case of better late than never for the Swans. And if any fans are still struggling to come to terms with relegation, the excitement around the club at the moment might just help to ease them into life back in the Championship.