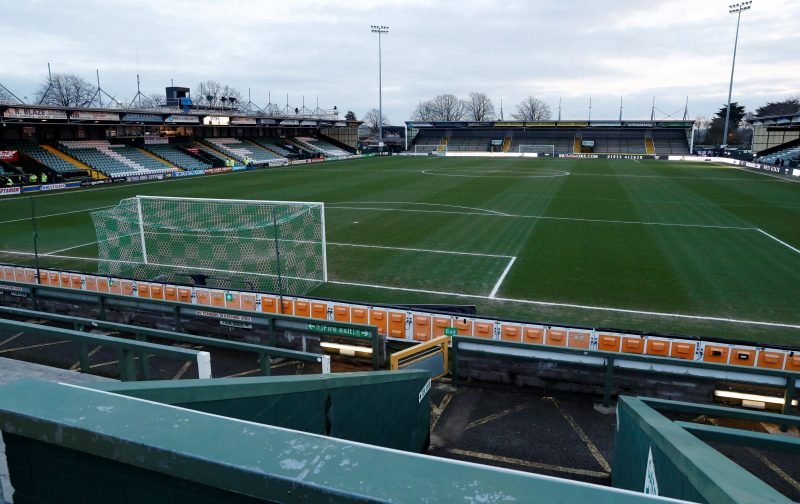 Swansea City continued their pre-season preparations with an emphatic 6-1 win at National League side Yeovil Town on Tuesday night.
Steve Cooper named another strong line-up for their third friendly of the Summer and you would hope that the side that starts on the opening day of the season is not too dissimilar to the one fielded at Huish Park.

The Swans got off to lightening start and were quickly on the front foot, showing some excellent, quick and free-flowing attacking football with good movement and rotations that proved too difficult for Yeovil to cope with.

Routledge, who was rotating between wide and central positions found himself in a central position and played a first time ball through for Celina to run on to in behind the last defender. Celina tucked the ball past the goalkeeper to give us the lead.

Moments later, we saw the goal of the game as Jay Fulton was given far too much time and space on the ball from 25 yards so he let fly, curling a ball over the goalkeeper and into the top left corner. That was to be the first of three goals from the fringe midfielder who is still looking to earn himself a regular first-team place.

Both full-backs were encouraged to get forward and support the attacking moves. Bidwell was asked to play a lot of crosses last season at QPR but it would appear that his role will change here under Cooper. Playing more inter-changing passes and link-up play, he found himself in space cutting inside down the left but when a shooting opportunity was available, his cutback pass inside the box was intercepted.

Disappointingly, we conceded yet another goal from a set-piece and in similar fashion to the one at Crawley Town last weekend. An in-swinging cross was curled in, not a single Swansea player could make the aerial clearance as Bradbury headed home past Nordfeldt.

One touch flowing passing on the attack another positive. Conceding from a set piece yet again not so much. What's @From_The_Wing up to these days!?

Celina almost restored our two-goal lead with a 20-yard shot that came back off the inside of the post. That 2-goal lead was restored though and it was Fulton again who tapped home from close range after McBurnie’s header was parried low.

Another fast-paced attacking forward move saw the Swans queuing up to score and with plenty of space inside the penalty area, the ball was squared to Celina but it tame effort was saved low by the goalkeeper.

The space we're allowed in attack is quite something. We were queuing up here, Celina missed a great chance. pic.twitter.com/IyRaCoEket

As is always the case with these friendlies against lowly opposition, you can’t read too much into the performance and the scoreline but the tactics and the way that Cooper wants us to play – especially in an attacking sense was very pleasing on the eye. The link-up play at times was excellent, one-touch passing football and the players contributing to the attack all seemed to know exactly where their team-mates would be.

Oli McBurnie has been linked with a move to Premier League side Sheffield United this week after a £15m bid was rejected but that speculation didn’t affect the striker’s performance. He was excellent; his link-up play in deeper positions is a quality we would really miss if we decide to agree and sell him to the Blades.

Got to say it yet again, but why would you not ask @oli_mcburnie to drop deep and link up play!? He's been superb at it again this evening. I know strikers are expected to stay forward but the first goal showed other players will replace him running forward/in behind.

Early in the second half, Fulton completed his hatrick, heading home Celina’s free-kick from the right.

Cooper made his first substitutions at the restart, bringing on Naughton, Asoro and Byers for Roberts, Dyer and Grimes. On the hour mark, another seven changes were made with the only player keeping his place for the entire 90 minutes being Kristoffer Nordfeldt.

Fulton’s hatrick clearly gave him a boost in confidence before he was replaced and he’ll be hoping to get more game time this season after being constantly in and out of the side last year under Graham Potter.

Another element of Swansea’s play during pre-season that’s been pleasing to see is their intensity out of possession in the opposition’s half of the pitch, and final third in particular. Barrie McKay’s goal and our fifth of the night came after racing forward and intercepting a sideways pass. The former Forest man then raced forward before the slotting the ball home from around 8 yards.
Courtney Baker-Richardson also bagged himself our sixth goal of the net as he pounced on a loose ball from close range after George Byers’ shot was only parried.

Another promising run out for the Swans in dominant style. We could have easily have reached double figures given the amount of clear cut chances we created; our finishing might have been lacking at times but there were plenty of positives to take from the performance. The one remaining negative of defending set pieces still remains and Cooper and his coaches will surely want to correct those mistakes over the next few weeks and months.

Our passing in final 3rd looks quicker and sharper doesn't it? More one touch football? It's only a friendly, but keep these players and add 2 or 3 in key areas and we could half decent next season. But set piece defending will continue to hold us back.