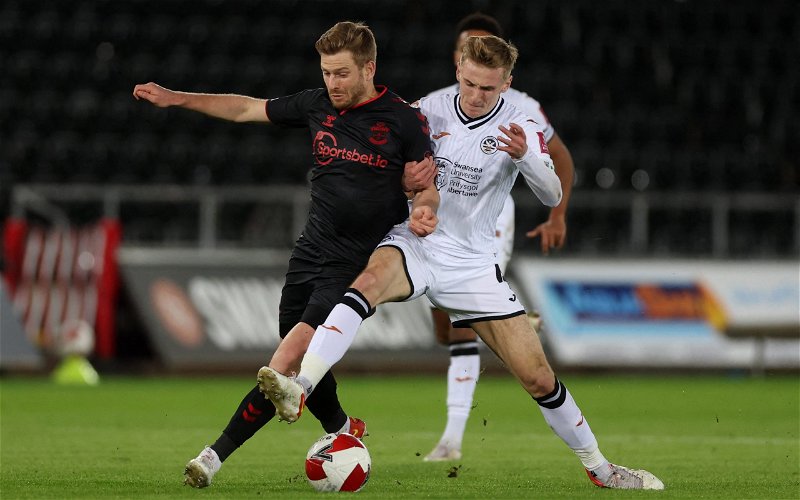 When reading those comments from the head coach, you couldn’t help but think that it was an obvious nod to the board to commit £1.5m for Matt O’Riley – now at Celtic. Not just the fee, but there are other similarities with both transfers. Both young and impressive in League One, and also both players will surely be very profitable in the next year or two.

It wasn’t just a ‘nod to the board’ though, Martin is absolutely spot on. The club desperately need to increase their player assets and surely they will need at least one multi-million outgoing this Summer to fund a squad rebuild.

Unsurprisingly, Downes is already attracting interest from clubs at a higher level thanks to his assured performances in a deep midfield role, even filling at centre-back when required. What will be surprising is if Swansea City don’t receive significant interest in him during the Summer transfer window.

But just like MK Dons have done, you sell players at a profit, and continue good recruitment work by replacing them with clever signings for low fees. Russell Martin saw the likes of O’Riley (free agent), Darling (undisclosed fee thought to be around £150-200k – Cambridge United) and Twine (free transfer – Swindon) arrive for £200k or less. They could now fetch a combined fee total of £6m or more and that is where Swansea City need to get to.

“I think what we have is a really clear strategy of what we want to do, long-term. We’re not asking for the world in January,”

“We’re really clear in what we want and how we want to do it.

“It’s just hopefully about getting enough support to be able to do that, like we did with Flynn Downes, like in the summer just before we can with Joel Piroe, who is now a huge asset to the club.

“Joel will be the first to admit that he’d have maybe found the Championship tough to play in in a different team, so he’s so suited to the way we play.

“Hopefully we get the support we need and we can really add to it, because the people who have come into it already, Olivier Ntcham, Jamie Paterson, Flynn, Joel Piroe, Ethan [Laird] before he got called back, have been some of our top performers.”

Russell Martin is still in the process of building up his recruitment and analysis team this month with interviews still on-going for those roles – not the best timing during a transfer window, but nevertheless, they’ll be in place in time for the Summer’s rebuilding job.

Let’s hope they can find another Flynn Downes!