Dhanda Gets Off To a Flyer At Yeovil – Fans’ Reaction 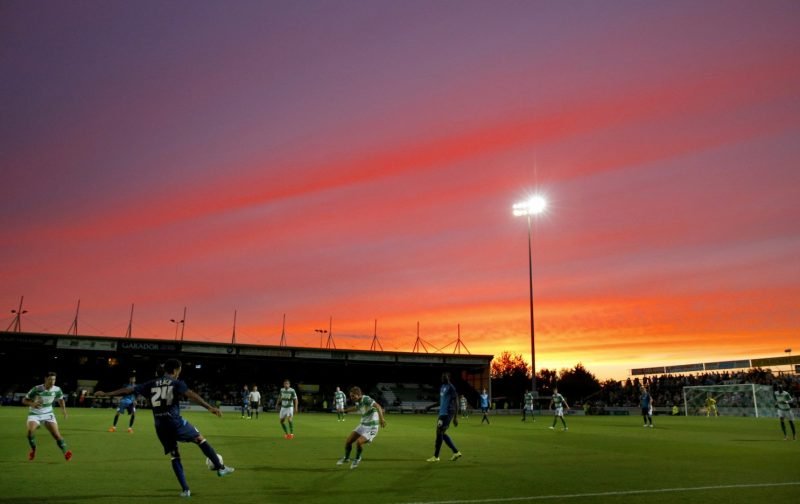 Swansea City kicked off their pre-season campaign on Tuesday night with a 2-1 comeback win away at League Two side Yeovil Town, with goals from Yan Dhanda and Matt Grimes.

The home side opened the scoring after 25 minutes when Green scrambled the ball into the net after the Swans failed to clear a corner kick. Potter’s side didn’t respond until the second half after making 6 changes, as new signing Yan Dhanda volleyed home a first-time effort after a cross from the right was headed away into his path.

Matt Grimes, returning on loan from Northampton this Summer, grabbed the win for Swansea City in injury time with a superb curling effort from about 25 yards that flew into the top right corner.

Our halftime score – losing 1-0 at Yeovil prompted some critical, to say the least, replies on the club’s Official Twitter feed, but these games – particularly the early friendlies are all about fitness, experimenting with formations and very little else.

No point taking any notice of these friendlies. We're losing, no big deal. If we were winning, out lack of signings and lack of squad depth still remains.

The only thing you do want to see though is a continuous improvement during the friendlies in terms of sharpness and stamina.

We had a look on Monday what our starting line-up could have been but that just showed up how lacking the squad is in terms of depth and overall quality.

Narsingh started centrally but later moved out wide while Connor Roberts filled in at left back early in the second half before being replaced by Ryan Blair.

Potter made changes in the second half as you’d expect, and we ended the game like this:

.@SwansOfficial are level through substitute Yan Dhanda , who has injected real pace into the midfield since arriving as a sub. The ex-@LFC teenager was involved in a speedy counter and delivered the finishing touch with a firm, low drive. 1-1(77)

We got in touch with Swansea City fan Declan Terry for a more in-depth view of the game – thanks to Declan for providing us with his thoughts:

“It was a game of two halves at Huish Park with the hosts looking the better side in the first-half and the Swans much improved in the second.

Wayne Routledge struggled, gave the ball away several times and failed to beat his man. I know it’s only pre-season but it’s clear that we need an upgrade on the left wing.

The formation looked like a 4-3-3 with one deep, holding midfielder that could drop back and make it a 5 in defence if needed.

In the first-half that was Jordi Amat and he was one of the better Swansea players on the night. Cian Harries did well at the back and won every single header thrown his way which was good to see.

There was little creativity in the first-half though with McBurnie, Byers and Narsingh off the pace a little bit in attack.

The second-half was a lot better and produced some very good performances. Yan Dhanda looked sharp and positive, always trying to make something happen. I’m excited to see more of him.

Grimes and Fulton impressed in midfield and completely controlled the game. The two youngsters on the right flank did well too – Aaron Lewis at right-back and Dan James on the wing.

James in particular looked brilliant and I think he’s more than ready for first-team football.

As a pre-season game, I think Potter will have taken a lot from the game. It’s always useful for managers to assess their squads when the transfer window is still open so hopefully he’s getting a grasp of who to include in his plans and see what areas need strengthening.” – Declan Terry

Thought Dhanda did well when he came on, Grimes did okay too. They were a bit rusty, a week in training and with Potter. I thought Wayne did okay, I would like to see him in the middle of the pitch though

Our next friendly is on Saturday 21st July (1 pm) as we begin our Germany / Austria Summer Tour with a game against Genoa.