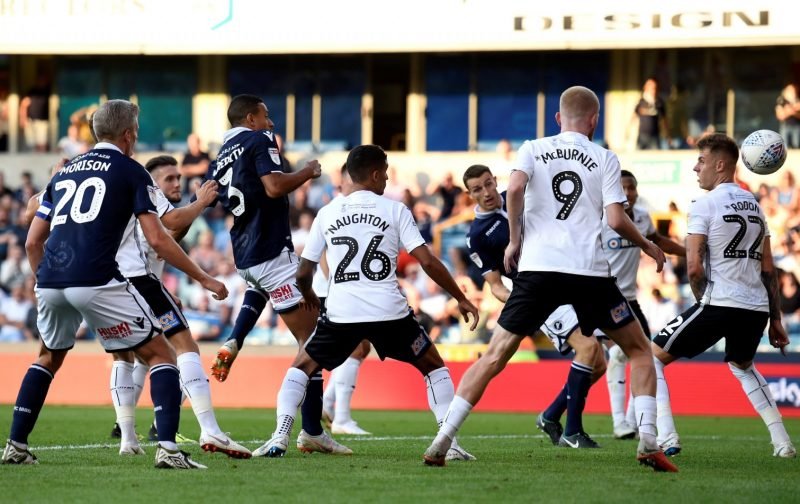 After Swansea City threw away another three points this weekend, this time at Nottingham Forest, conceding twice from corners – making it four in the last two games, we thought it was about time to look at our corners in more detail, the key numbers and the breakdown in terms of what actions follow a corner kick.

When a corner is won, usually supporters in the stadium will show their delight and encouragement of the goalscoring possibility of the set piece but analysis shows that, at best, only 2-4% of corners actually result in a goal.

The Washington Post have written articles on this subject in the past, one of them is here, and from their calculations from a large dataset, the expected Goal of a corner, on average, is 3.5%. That was done nearly four years ago, but you wouldn’t expect that number to change too much since then.

In simple terms then, you would expect to score, on average, 3.5% of your corners won. Firstly, lets look at how Swansea City fare in those average stats so far this season:

It’s quite surprising to see the high numbers here for the Swans, scoring 3.72% of their corners this season which is slightly higher than the average. It’s worth pointing out here that this data is determined by Opta – in terms of the definition of a goal being scored ” from a corner”.

These aren’t directly from the corner cross, i.e. the first touch from the corner kick. Barrie McKay’s wonder strike at Bolton Wanderers, for example, was defined as a goal scored from a corner.  The corner was taken short, aimed low for Celina to strike at goal but it was miss-kick, the clearance only fell to McKay on the right side of the pitch and he unleashed a stunning strike into the top corner. It’s rightfully classed a goal from a corner due to Bolton’s poor clearance from the set piece.

To provide some added context to those 7 goals we’ve scored this season from corners, two of them were own goals in games against Wigan Athletic (h) and Derby County (a).

Like the McKay goal at Bolton, Oli McBurnie’s at home against Sheffield United was also recognised as one scored from a corner. Celina’s in-swinger was cleared but the ball was recovered by Naughton, Dyer was picked out down the right by Grimes who provided the low cross for McBurnie to finish from close range.

Another was George Byers’ winner at home against Millwall. A corner that wasn’t cleared, his first shot was blocked but Byers took the ball into space on his left side inside the box to volley home.

Mike van der Hoorn’s headed goal direct from a corner in the comeback 2-2 draw at home against Wigan Athletic is the only goal we’ve scored directly from a corner, as in the first touch from a corner cross.

The other goal to mention that we’ve scored from a corner is Dan James’ against Norwich at home. The corner was cleared, Naughton’s long range shot was poorly parried by the goalkeeper and James finished.

The next thing to look at in terms of corners is the success rate. How many corners are won by a team-mate when crossed into the box? This could be a header or any touch made by the same team’s player. In order to avoid skewing the results due to short corners, we have filtered out some corners that were obviously played short, limiting the data to corners that were aimed beyond each vertical edge of the penalty area  – the data is shown below: 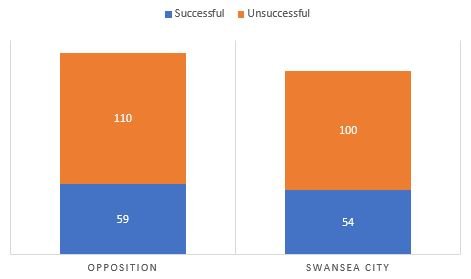 Looking at the data table, there isn’t much separating the Swans and opposition sides in terms of corner outcome and we slightly edge it here, getting first contact on 54 of our 154 longer corners.

Looking further again into the numbers, how many of these successful corners then actually resulted in a shot on goal?

Check out part 2 soon for a deeper analysis in Swansea City’s attacking and defending of corner kicks.