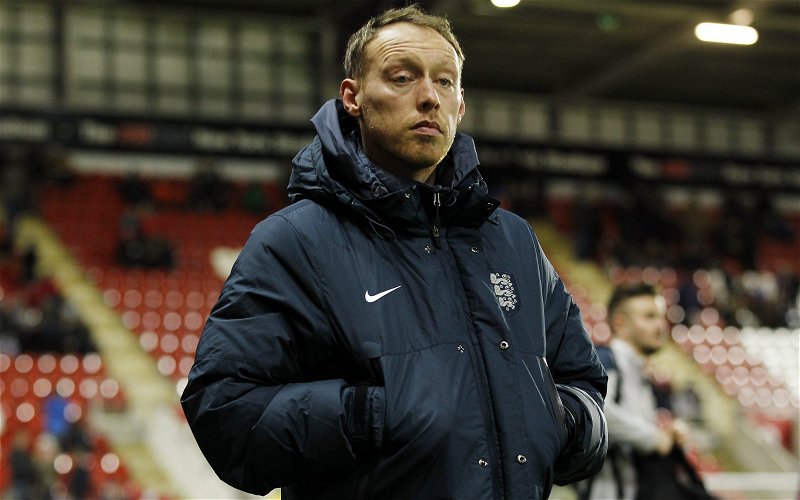 High pressing wasn’t a common tactical feature last season under Graham Potter as he preferred his side to sit deeper into a more structured defensive shape – although we did see more high pressing towards the end of the season.

In fact, when looking at a metric called “PPDA” that aims to measure pressing activity, Swansea City were one of the lowest in the Championship for pressing.

Cooper appears to be keen to implement a more intense high press and we saw that on display at Crawley today. On one occasion it almost created a goal as we pressed high and won back possession, leading to a shooting chance for Yan Dhanda as his powerful strike came back off the post.

“You have to play well throughout the pitch to do that and recover the ball well,” added Cooper.

“And I thought first half particularly we got some of the high press work spot on, and it allowed us to win the ball back high up the pitch and carry on with our in-possession play.

“There is a long way to go to get the team to where we want them to be, but if we are making strides towards that, it’s a good thing.”

Cooper also spoke more in-depth about the performance and how his side played with some “good tactical ideas”. Talking of his side’s attacking play, he was also pleased with our play in and around the opposition’s box.

“I think it was an assured performance, obviously you always want more and we have spoken to the players about some of the bits we need to improve on in training,”

“But they know that and overall we played some good football and looked like a team and, considering where we were at with it being our second game, that is not a bad place to be.

“We created some really good chances and we played with some good tactical ideas we have been working on in training.

“We’ve been getting up the pitch with good numbers and really looked like we can create and score on many occasions.

“That is what we want to be doing, playing in the opposition’s half and being a real threat in and around the box. That would be the biggest plus.”

It’ll be pleasing to see us play with more intensity next season out of possession. I felt we lacked that as well as being too open to the counter-attack. If we can aim to win back possession a lot more quickly in high areas, we can hopefully avoid these counter-attacks even starting.

We also saw today how high pressing can help to create chances ourselves. These tend to result in better goalscoring chances too as the opposition team can be out of possession and recovering into a better shape after losing the ball.