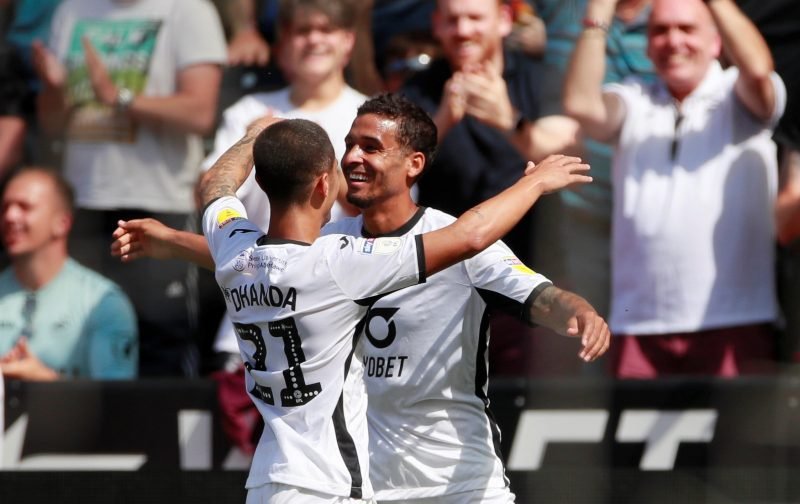 When Kyle Naughton replaced left-back Jake Bidwell at the start of the second half it was probably safe to assume that the vast majority of Swans fans assumed it was a forced change due to an injury but Swansea boss Steve Cooper later explained after the game the tactical reasons behind the substitution.

We had completely dominated the first-half against Birmingham City who were happy to sit deep and defend in a 5-3-2 formation. We found it quite difficult to penetrate through them and create some clear-cut chances but the substitution helped to get us off and running. Naughton found himself a pocket of space just outside the area and on the turn he let fly with a superb strike that beat Lee Camp as it crept into the bottom left corner.

After coming off the bench at half-time, Kyle Naughton fires Swansea ahead with this effort! ???? pic.twitter.com/jmFWRN5TeW

After the game, Cooper explained the tactics behind the decision to swap his left full-back, saying that he felt that a right-footed left-back could move into the space inside, with Celina playing wider.

“We just felt that there was a space for a right-footed full-back playing on the left to exploit, play Bersant [Celina] a little bit wider second half.

“We thought there would be space for Yan [Dhanda] or Kyle to drive into.

“Listen, we didn’t put him on because he was going to score a goal but we did know that we could get him in areas to make a difference with his right foot. Sometimes these things come off great, other times they don’t,today they did so we’re pleased about that.”

After Naughton’s opener on 63 minutes, the Swans soon gave themselves a more comfortable lead as Celina fired in with his left five minutes later. 7 minutes later it was Birthday boy Borja to get on the scoresheet once again from the penalty spot as Yan Dhanda was tripped inside the box.