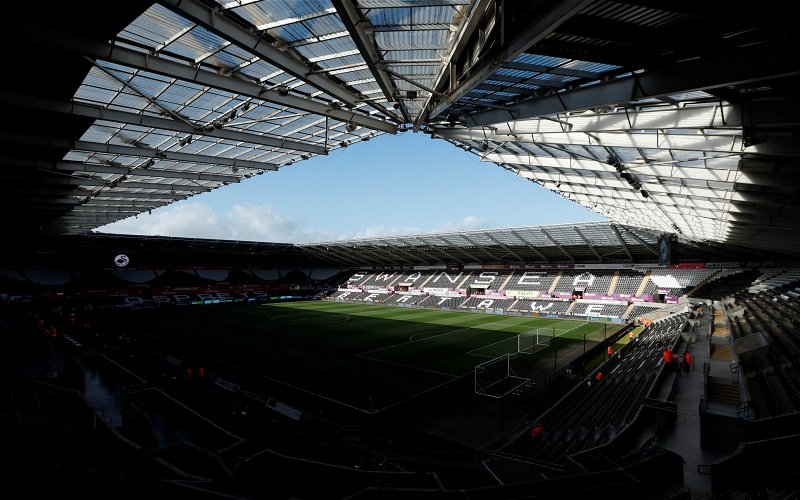 Swansea City are going through a season of transition under new head coach Russell Martin having been brought in to implement a possession-based style of play following Steve Cooper’s departure.

This season was never expected to match the previous two in terms of league position. Two consecutive play-off place finishes seemed unrealistic after seeing further outgoings amongst the playing staff.

Cooper had the luxury of Andre Ayew and a few high-quality Premier League loans in an effort to get the Swans back to the Premier League but failing both times at the hands of Brentford. Swansea City then decided to hit the reset button in an attempt to improve the style of play under a very inexperienced manager in Russell Martin.

A 15th-place finish this season always looked like a realistic target for me this year, even back in the early months of the season when we occupied that league position. Currently, the Swans are falling just short of that in 17th but they do have some games in hand over their rivals.

Whilst some fans are patient and have belief that Russell Martin is the right man for the job, many others’ patience has ran out. We’re still seeing the issues that have hindered us since the very start of the season, our defensive shape is leaving us wide open and we’re gifting teams opportunities to score far too often. The argument is that if us fans can see it, then why can’t the manager?

However, we can’t just keep on sacking managers before they’re even a third of the way through their contract. It means more money to pay them off and less money to bring in better players in the Summer. And if we did sack him, does the next manager then get 6-8 months to get things right, and if not, we sack him too?

I’m sure that the club have no thoughts whatsoever about Russell’s future and that, at the very least, he’ll get a Summer window and probably until the January 2023 window to get things right. If we are in this same boat in a year’s time then I expect we’ll most certainly consider his future in South Wales.

That’s why then that this Summer’s transfer window is huge. Huge for Swansea City and also huge for Russell Martin, too.

There won’t be much money available unless we can make a big player sale or two so the club will have to be clever and shrewd.

The likes of Blackburn Rovers, Huddersfield Town, QPR and Luton have all experienced a significant performance improvement thanks to clever recruitment and sticking with their manager.

But can the Swans replicate their success – both in the transfer market and on the pitch?

Question is, can the #Swans under Russell Martin build next season and improve their performance? Not play-offs but closer to mid table? pic.twitter.com/Uyat3uXMoT

Over the last couple of seasons, Huddersfield have made a transfer profit of around £27m, relying on mostly free transfers in and a couple of low fee signings despite seeing the likes of Karlan Grant (£15m), Steve Mounie (£4.5m), Ramadan Sobhi (£4.5m) and Terence Kongolo (£4m) all depart in the same season (20/21).

After a struggle last year that saw them finish just above the drop-zone, they’re now challenging for the play-offs under the same manager.

It’s a similar story for QPR who have stuck with their manager Mark Warburton:

Armstrong sold for £16m helps they make a profit on transfers.

Very little spent on transfers in 21-22, same in 20-21. Adebayo their key signing but for a small six-figure fee. Will be a huge profit maker for them soon. pic.twitter.com/IxiaiVTWsr

Let us know your thoughts in the comments.