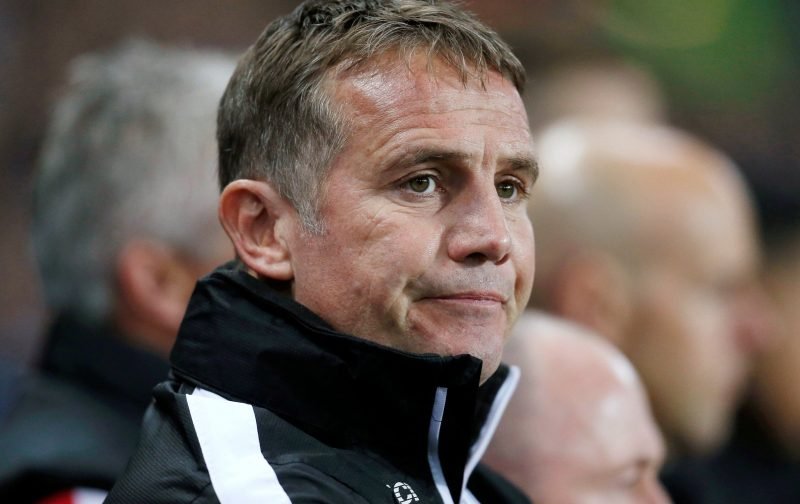 Bolton Wanderers manager Phil Parkinson had mixed reactions when giving his opinion on the two red cards shown to Noone and Wheater during his side’s 2-0 defeat today against Swansea City at the Liberty Stadium.

Parkinson was in agreement with the second red card when David Wheater was the last man as he tripped Wayne Routledge with a free run towards goal near the halfway line.

He wasn’t happy with the decision to give Craig Noone a second yellow though. He got his first booking for bringing Nathan Dyer down in the box from which Oli McBurnie missed his spot kick. Later in the first half, he fouled the Swansea striker, didn’t win the ball and I can’t see how Parkinson could have many complaints really.

“The sending off of Craig Noone I think is a very poor decision. It’s a block challenge in the middle of the pitch and I really don’t know how he can tackle any fairer than he did.

“He’s not lunged in or endangered the safety of his opponent, and if those challenges are yellow cards than we might as well just rule out tackling completely in the game.

“I don’t think the referees know what a foul is or not now because they’re a bit confused. I’ve had the benefit of seeing it back several times and unfortunately the ref has deemed it a yellow card.

“With 10 men it was always going to be difficult but I thought we coped really well, but going down to nine men is very difficult against a team of Swansea’s quality.

Talking about the second sending off, Parkinson felt that that was pretty much clear cut:

“I can’t argue with (Wheater’s) sending off. We were the masters of it ourselves. Wheats is the last defender, even though he is a long way from goal, so I’ve no complaints with that particular decision.

“I didn’t really feel under that much pressure and it’s just a shame that we couldn’t at least get a draw. The lads have given everything. There’s no lack of effort out there.

It wasn’t an entirely entertaining match to watch. It wasn’t vintage Swansea City either, not by any means as they struggled at times and found it difficult to get through a very defensive and stubborn Bolton side. The majority of the game was played in Bolton’s half but even against ten men and then nine, it still wasn’t easy to find space to get into good goalscoring positions.

Finally, Oli McBurnie made up for his earlier penalty miss to put us in front with just ten minutes remaining as substitute Baker-Richardson nodded on a loose high ball into the box. McBurnie reacted fasted to volley home. Another substitute, Bersant Celina was involved in our second as the game and the space finally opened up in the latter stages. Dan James skipped a challenge to go on a clear run down the right flank and delayed his cross well to pick out Celina who finished with relative ease.