Analysis – Average Team Shape As Potter Gets Off To Winning Ways 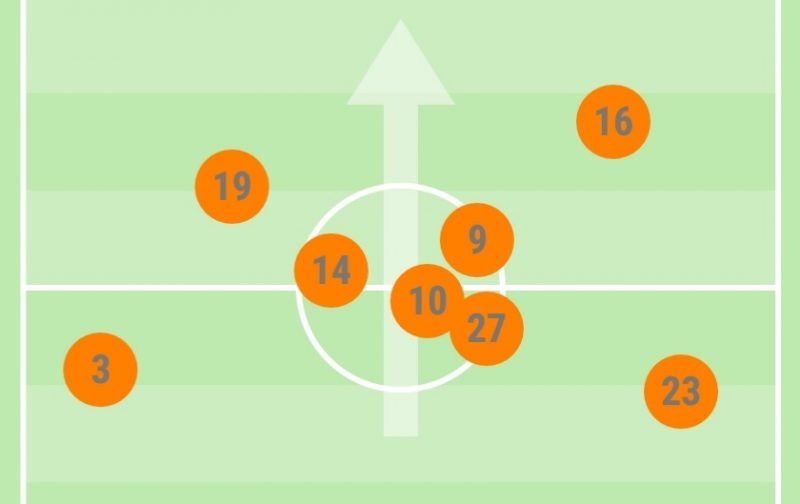 We take a deeper look into the average team shape from today’s season opener as Swansea City got their first league win away at Sheffield United for the first time since 1939.

The match-up at Bramall Lane saw Sheffield United’s 3-5-2 go up against Graham Potter’s 4-2-3-1, as the new Swansea boss looks to re-establish the Swansea Way.

As you’d expect from a back three system, the hosts played with their wing-backs pushing right up to offer wide support which forced Swansea’s full-backs deeper – with neither averaging a position in the opposition’s half.

The team shape’s below are both Sheffield United’s, the left one doesn’t include their substitutions, with the right image showing the difference after they made their changes.

United manager Chris Wilder made a change in the second half with ten minutes to go, swapping out the right-sided defender Chris Basham (6) for Billy Sharp (10) as their side looked to salvage a point after letting a lead slip.

(Direction of attack is top to bottom) 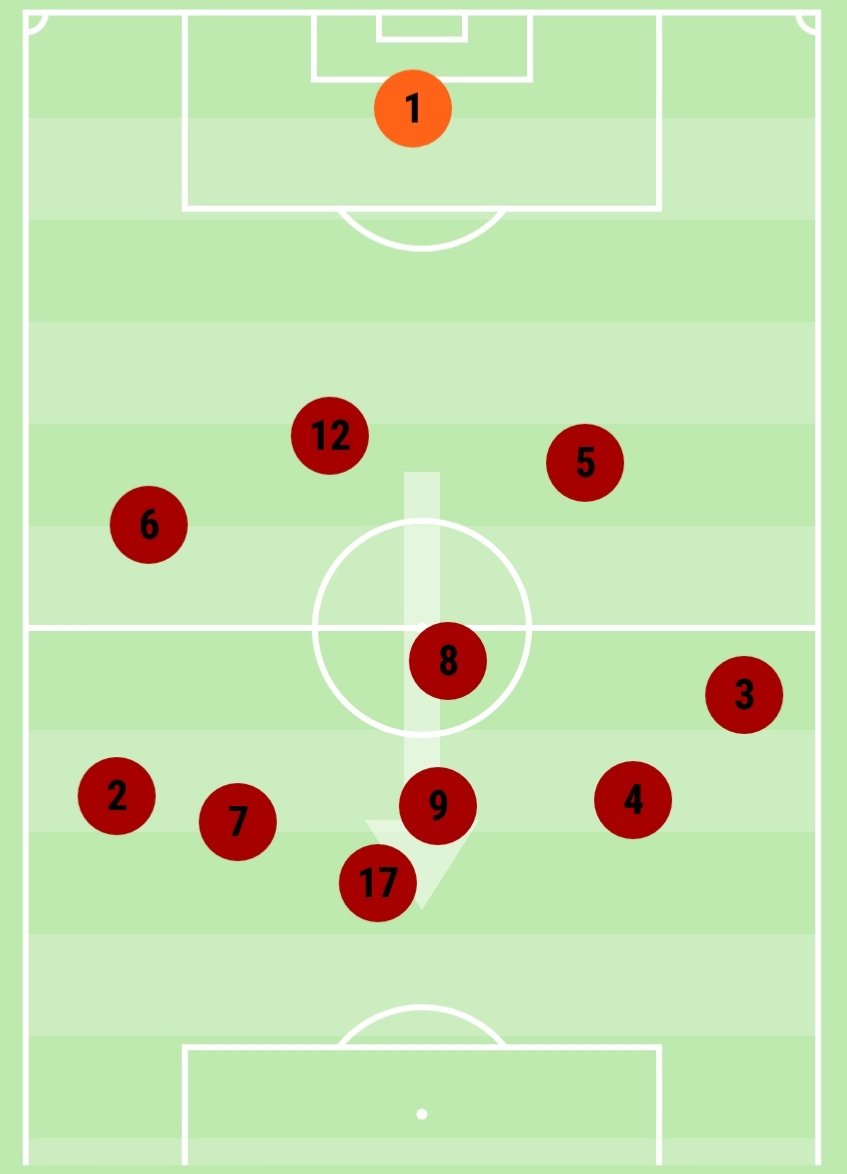 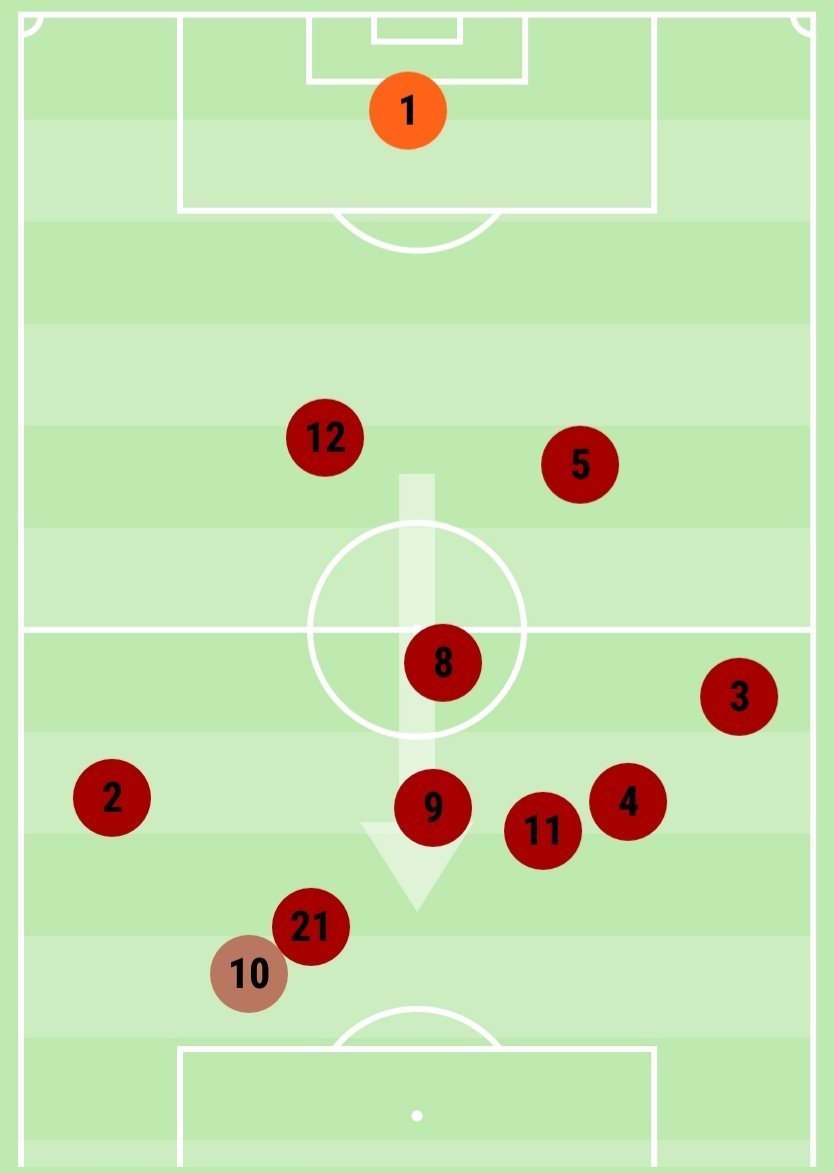 As you can see in United’s average shapes above, Swansea’s biggest concern was managing the central area and trying to avoid the home side dominating here where they had an extra man.

With Jay Fulton and Tom Carroll struggling to manage this area between them, Oli McBurnie (9) was forced to drop into midfield to help add cover, press and to block passing lines. As a result, the Swans didn’t have a real focal point up top, so instead, they looked to play quick and direct balls to the wide-men.

Again, the first image shows the overall team shape, with the second image includes the substitutions – as Jefferson Montero (7) came on to give us some attacking intent down the left flank.

In the image below left, Asoro (16) averages the highest position for the Swans, with McKay (19) slightly deeper and tucked in. Celina averages a deeper position having moved into a deeper midfield role. It was a key decision by Potter, as up until then his side lacked that link from defence to attack. Celina pulled a lot of the strings throughout and provided some real quality through the middle channel.

(Direction of attack is bottom to top) 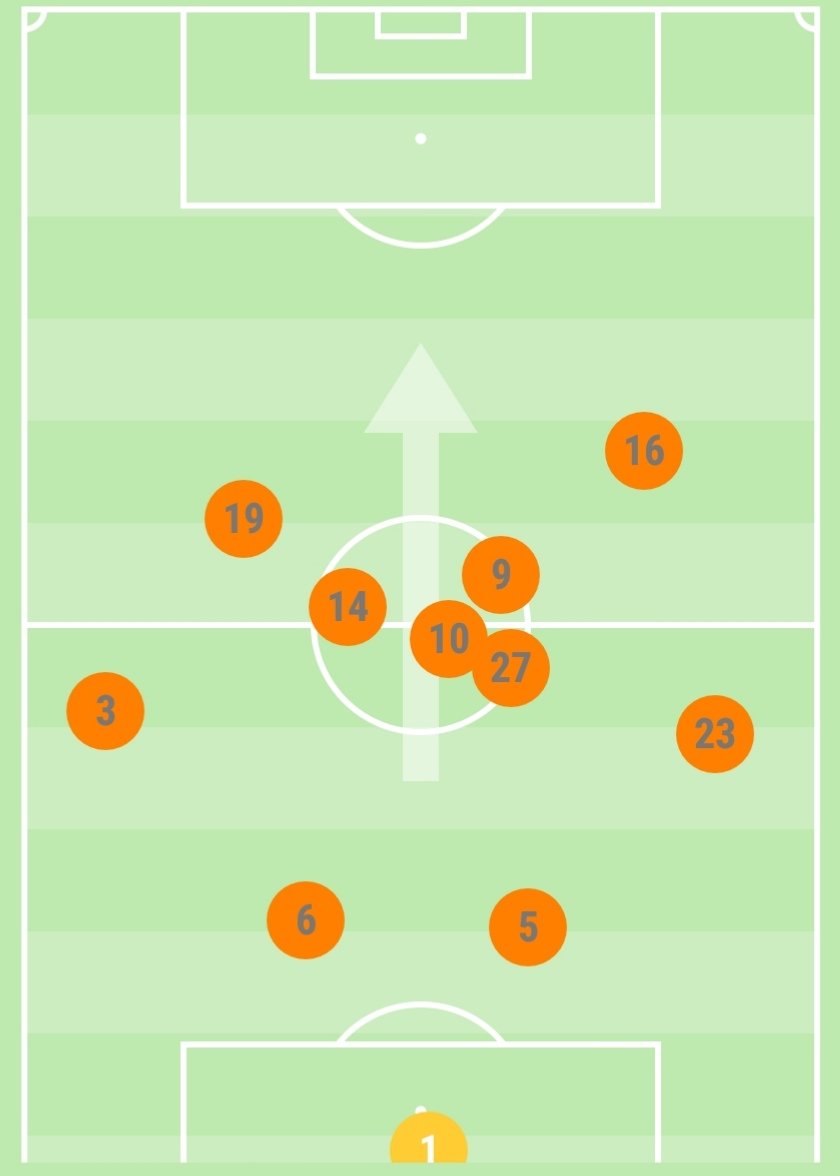 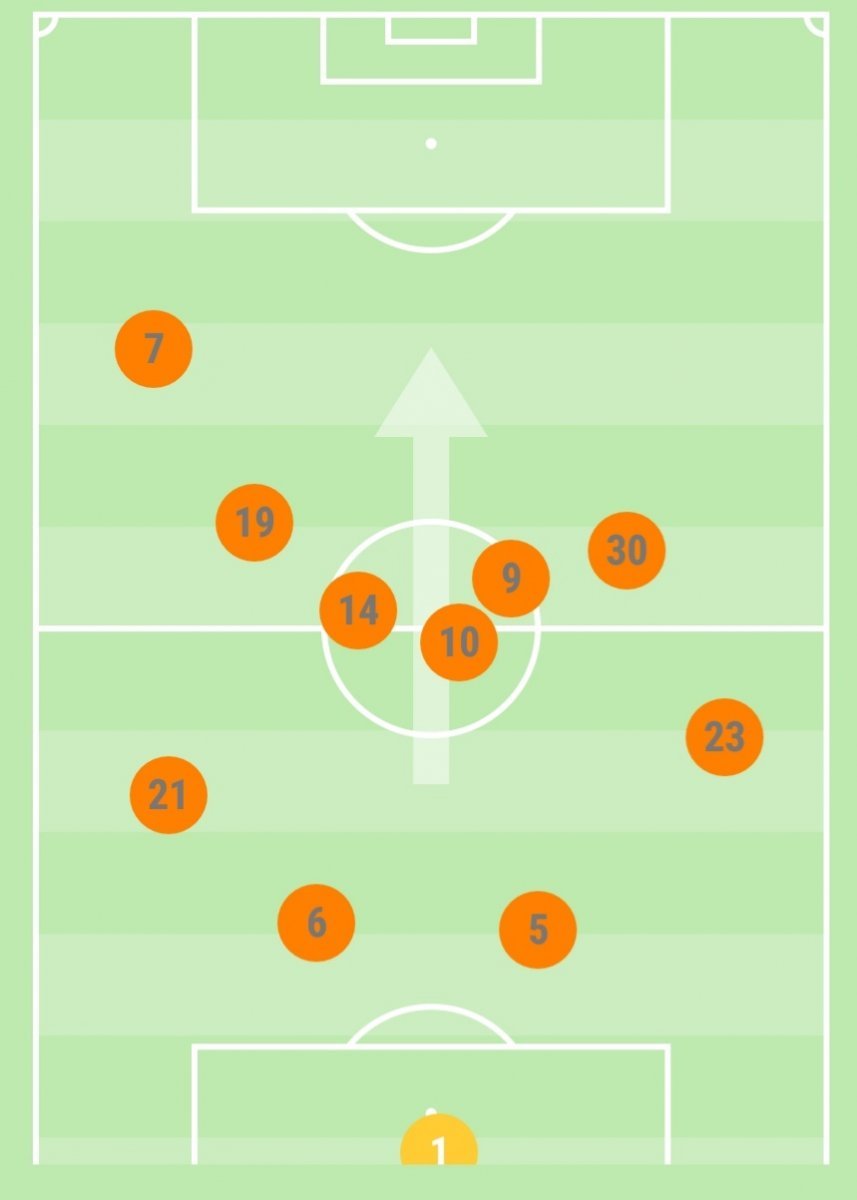 The right image (above) shows Swansea’s team shape as they ended the game – effectively a 4-6-0 with McBurnie continuing to drop deep as they saw out the game to hold on for the three points.