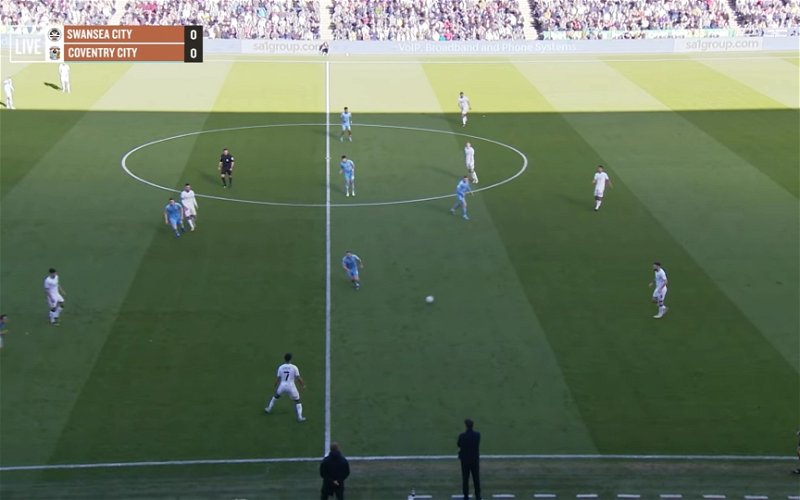 Swansea City backed up their 2-0 victory against West Brom with a convincing 3-1 home win against Coventry City.

The home supporters were treated to a rare top first-half performance that saw Russell Martin’s side cruise into a 2-0 lead thanks to goals from Jamie Paterson and Michael Obafemi. The opener was one you’d want to watch on repeat. A sublime attacking move consisting of four first-time passes before Paterson took a single touch before firing in a low left-footed cross into the bottom far corner of the net.

FOUR one-touch passes and Paterson only takes one touch before finding the net.

Superb and it's football like that that teams just can't cope with. https://t.co/P5ZgCOmYgI

The second was more direct – starting off from the goalkeeper Andy Fisher. The new £400,000 January signing has received some (harsh) criticism from some fans for his passing since his switch from MK Dons but on Saturday he showed exactly why he was brought in. A lovely chipped, central pass into Flynn Downes and the midfielder was able to turn and play in Obafemi in behind who was able to slot the ball in from the left side of the box.

In recent games, we’ve seen the wing-backs, or at least one of them, dropping deeper to allow them to receive a pass from the wide centre-back. Usually, they’ve occupied much higher positions that would make this link-up impossible.

Usually, Paterson would drop into his own half to receive from the centre-back to help progress the ball into more advanced areas where there wing-back would then get involved. We also saw Christie on the right side dropping deeper at times to receive more during deeper build-up play and this also helps if and when we lose possession in deeper areas. There is much less space in wide areas for counter-attacks if we have our wing-backs in these deeper positions to cover these off.

Below shows the build-up to the opening goal. A quick, one-two involving Korey Smith (just inside the opposition’s half) and Jamie Paterson and the Swans in behind down their left. Obafemi is then involved with a superb first-touch pass to Paterson and within a few seconds we’ve gone from this situation to scoring a goal. 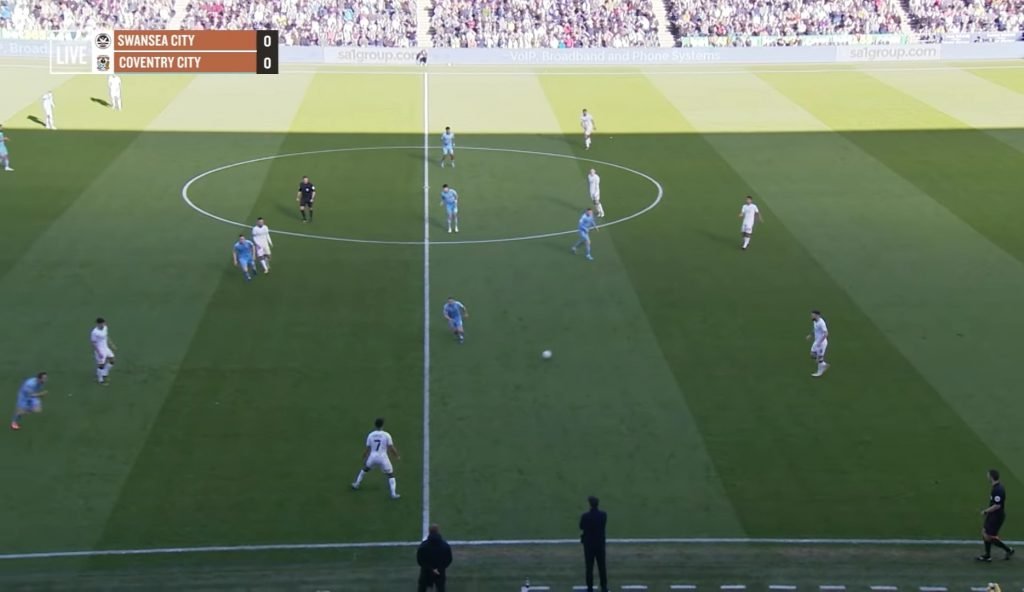 We can also see above how Flynn Downes drops back almost into the defensive line to add that extra cover as the wide centre-backs split to allow them to progress play down the flanks. Matt Grimes can then push forward to help progress the play if needed. We usually see Ryan Manning advancing through into these positions but it looks like we’re limiting that more to help with our defensive structure.

The second saw Andy Fisher showing why he was brought in from MK Dons in January. An excellent chipped pass into Downes and he can play in Obafemi in behind for goal number two. 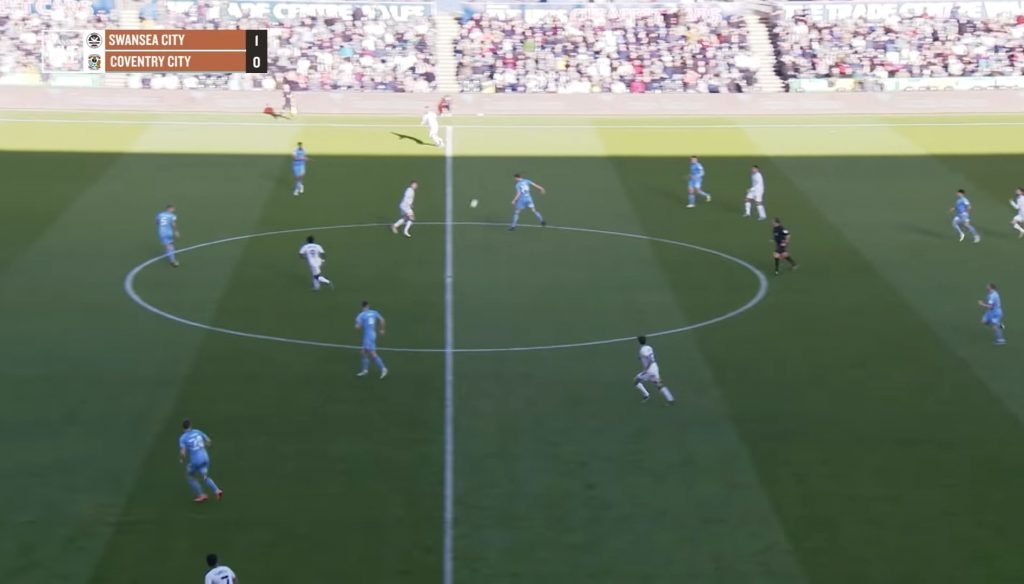 A third goal came and Coventry City were guilty of what we’ve done far too often this season – poor passing in our own half of the pitch. Grimes intercepts a pass, carries the ball forward before a well-timed pass in-behind again for Obafemi and the striker does the rest with an excellent finish in an one-on-one with the goalkeeper. 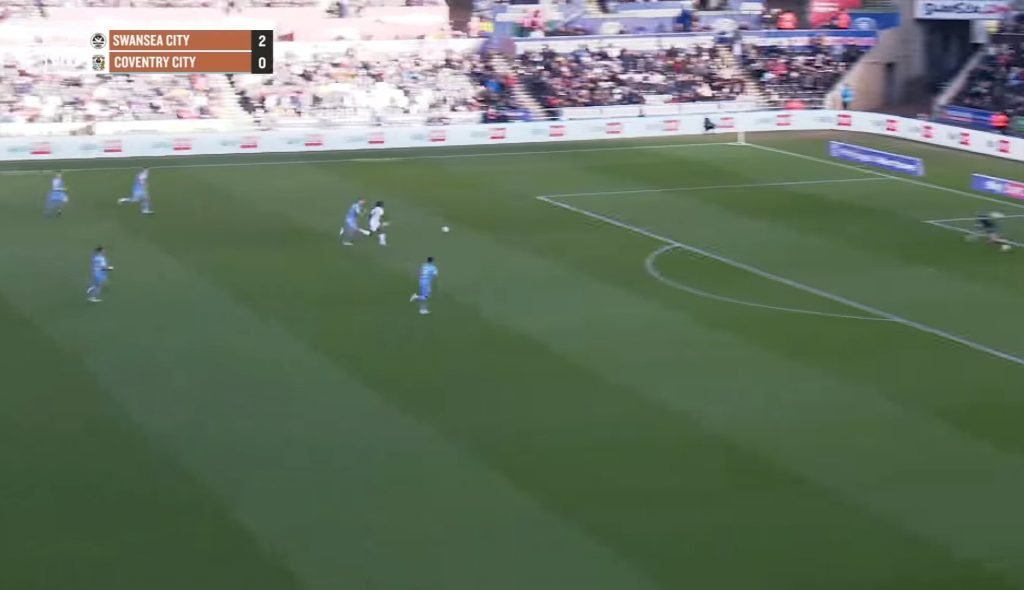 Our weakness and mistakes creep back in

But after a superb first 45 minutes, we allowed our mistakes to creep back into our game. Our weaknesses that we’ve so often criticised this season returned. At 3-0 we should have been in complete control but Coventry were letting us get away with some misplaced passing in dangerous areas.

In addition to that, our pressing was far more effective as one example below shows. They were able to cut through us quite easily, just like we did to score our first two goals. 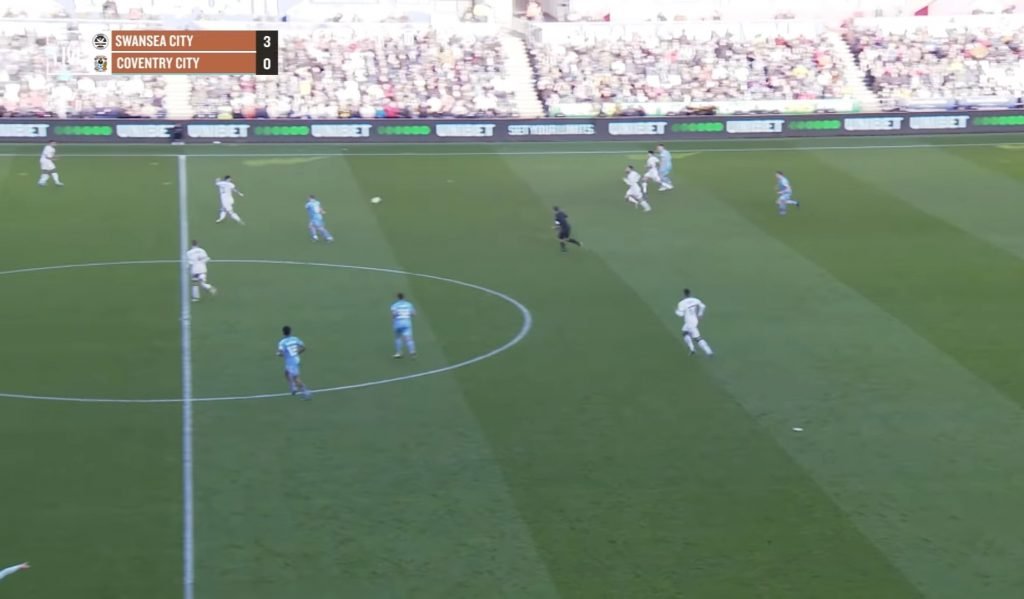 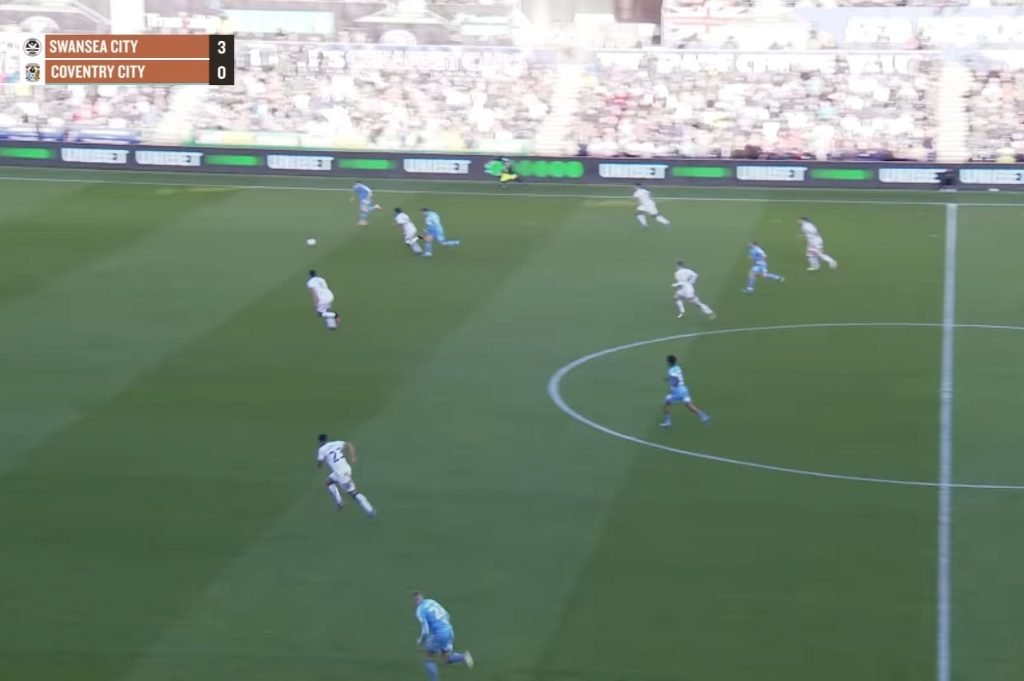 A sloppy pass (below) from Ben Cabango, aiming an infield pass to Kyle Naughton was very sloppy and it gifted Coventry a chance to get a goal back. Three or four decent shots in as many minutes from the visiting side forced Russell Martin into some defensive substitutions. A goal back for Coventry earlier than they did would have added some unrest and further nervy moments but thankfully we were able to maintain a 2-goal lead in the last 15 minutes. 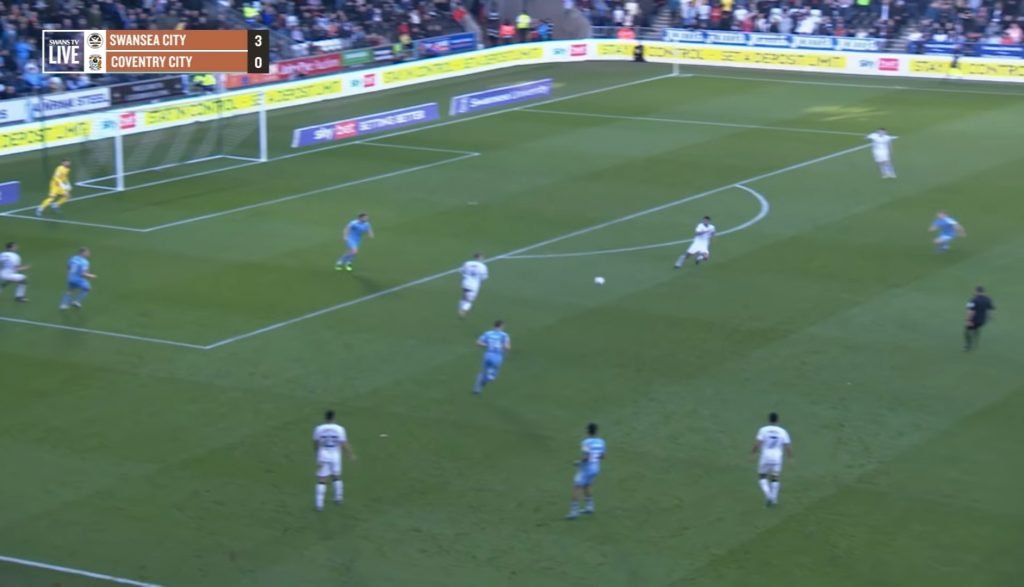 Coventry’s goal inevitably came from a poor pass in our own defensive third. Another sloppy one under little pressure as Manning passes back to Kyle Naughton who was probably not in his central position as Ryan was maybe expecting. The pass goes beyond the centre-back and Coventry gain possession. After a couple of missed shots, Hamer finishes past Fisher for a consolation goal. 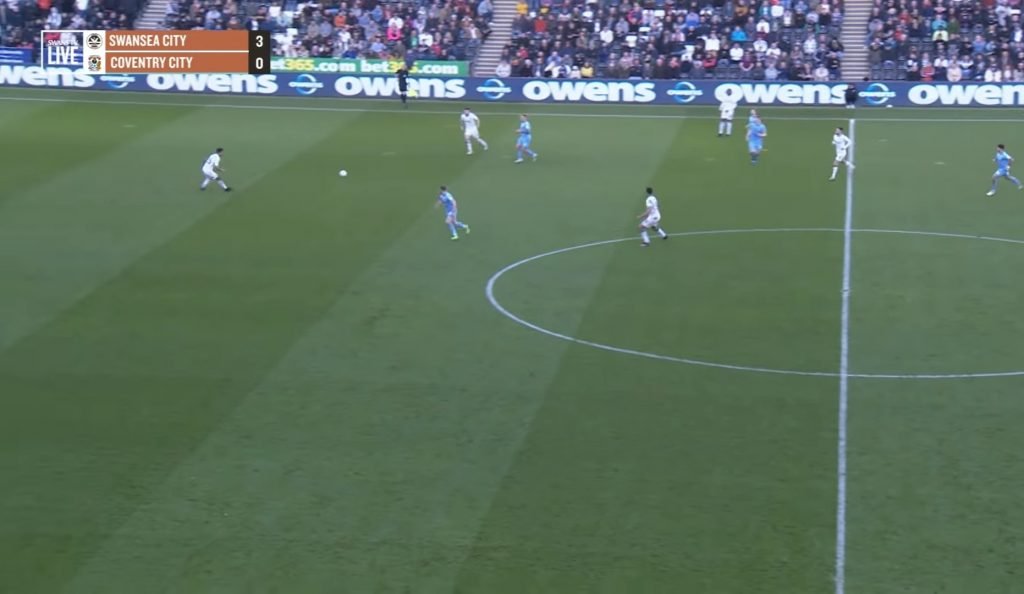 A first-half full of positives and reasons to be more optimistic about the future but Russell Martin was keen to show his frustration regarding his side’s performance and poor game management in the second-half. You can read his comments on the game below: