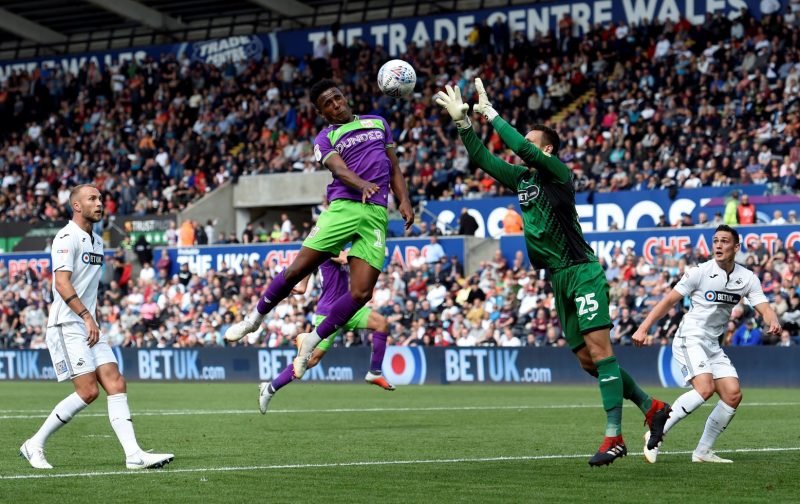 Today was one of those off days for the entire team as Graham Potter’s Swansea City saw their unbeaten start to the season come to an end as Bristol City’s early goal in the first minute was enough to give them all three points in front of 20,500 at the Liberty Stadium.

There were no real stand-out performances amongst the outfield players as Bristol City were well set up to prevent us from playing our usual passing game out from the back. They employed a similar tactic to the one that got us success against Leeds whereby they congested the midfield, defended in two close lines and often went long and direct to try and catch the Swans out. Knock-downs and picking up loose balls was also a useful method for the visitors as Swansea City lacked effective central midfielders to add cover in front of the back four.

Tom Carroll and Joel Asoro both struggled in the first half and both were replaced at the restart by Matt Grimes and Jefferson Montero. The two centre-backs Joe Rodon and Mike van der Hoorn were both pretty solid after the goal as well as Connor Roberts, but left-back Martin Olsson still looked hesitant in possession. In midfield, Jay Fulton battled away and Celina didn’t look threatening until he played as a number nine later in the second half as Oli McBurnie was replaced with 20 minutes to go.

What did you make of the players’ performances in the 1-0 defeat vs Bristol City? Rate them out of 10 below in our new Player Rater.