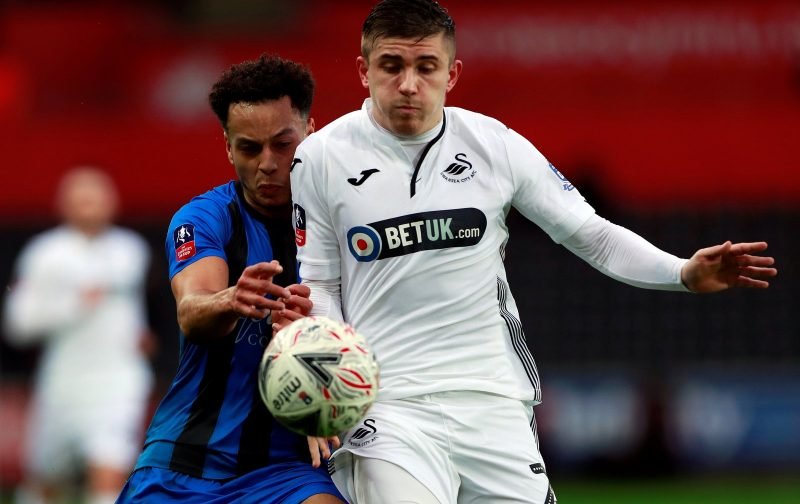 Swansea City left-back Declan John says that the aim next season should be to finish in the playoffs after a promising first season in the Championship following relegation from the Premier League.

With the likes of Dan James, Mike van der Hoorn and Leroy Fer expected to leave this Summer, many fans are once again concerned about the transfer window and how the squad will be shaping up ahead of the 2019/20 campaign.

Improving on this year’s 10th place finish could be a tough ask for manager Graham Potter as he will most likely be without his captain and vice-captains. Dan James will be a huge hole to fill but as Potter has mentioned previously, Norwich City were able to cope this season losing some of their biggest assets, achieving automatic promotion and said that there’s no reason why we can’t build and improve.

Our player recruitment would also need to improve. Only Bersant Celina was the permanent signing that established himself as a regular first-team player while the likes of Declan John, Joel Asoro and Barrie McKay have flattered to deceive.

Declan John, who will be looking to make a far bigger impact for the Swans next season, believes that the playoffs should be the aim next year:

I think we’ve had a good season when you consider all that went on last summer following relegation from the Premier League,”

“The club had to move on quickly, and the manager has done a very good job of assessing the team quickly and getting the team to play the style of football that Swansea fans expect to see.

“If you look at the table, not many would have put us where we finished because we had so many young players in the team.

“Next season the aim has to be to get into the play-offs. We all want to get back into the Premier League and with the talent we have here then that is a real possibility.”

John has struggled with the defensive side of the game this season, particularly away in the 3-1 defeat at Sheffield Wednesday but he looked far more comfortable in a more attacking role. Recently he looked more suited when playing as an attacking wing-back when Graham Potter switched to a 3-4-3 in the second half of the 1-1 draw at home to Derby County and in the final game of the season at Blackburn Rovers.

John’s comments also leave you wondering what will happen to a number of the fringe players in the squad. Jay Fulton, Joel Asoro, Barrie McKay and Courtney Baker-Richardson are some of the players who have been in and out of the first-team all season. Potter might have no option but to utilise them more next year as it looks unlikely that the Swans boss will be given the freedom to bring in a number of quality signings.