A lack of trust means everything’s a conspiracy these days 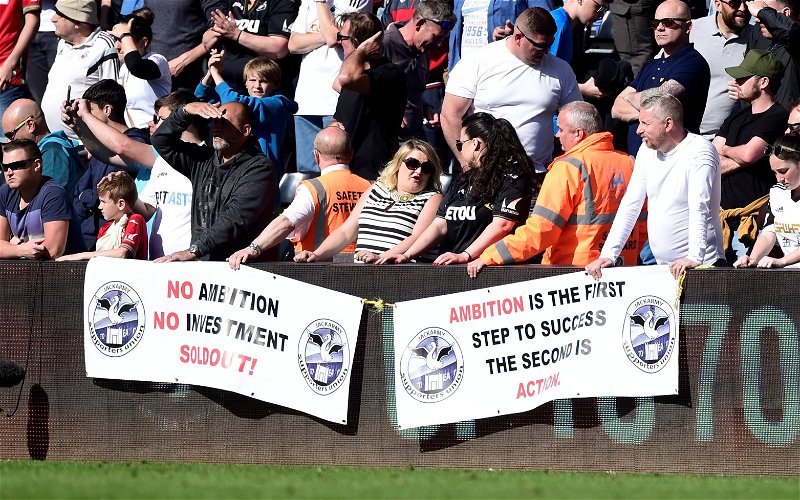 Barely a month goes by these days without a new conspiracy theory doing the rounds concerning Swansea City and that sums up the current lack of trust between the football club and its supporters.

The biggest and most talked about one so far has been about D.C United and the belief that our financial troubles are as a result of our owners moving money out of Swansea City and into the MLS club. This is something that we covered in detail a while back (link below) so I won’t go cover old ground again but instead we’ll look at other conspiracies that have been doing the rounds.

The main one this season has been the strong rumours regarding Luciano Narsingh’s wages and his absence from the first-team as a result of his high wages.

According to some, Luciano Narsingh hasn’t been picked this season because the club’s owners don’t want to trigger an appearance clause that would require them to pay a fee to his former club PSV.

Others say that this is simply not true and it’s a case of Graham Potter simply doesn’t rate him, his ability and/or his commitment to the club and the cause following relegation.

Years ago, we’d have all just assumed and beleived that the manager didn’t rate him or that he just wasn’t committed to the club following our relegation from the Premier League last year. But time have changed, a lot.

It was a similar case with Wayne Routledge and Nathan Dyer earlier in the season. Both weren’t picked during the first half of the campaign but are now first-team regulars which often begged the question, why were they not involved when it’s clear to see how much they were needed?

These claims would mean that Graham Potter doesn’t even have free license with who he can play and not play and these are big claims that would surely annoy and anger Graham Potter.  The Swansea manager has been questioned on these matters here and there and has often given a diplomatic response, focusing on bringing through youngsters and giving them first-team opportunities. Barrie McKay and Joel Asoro have both struggled though, forcing Potter to bring in the experienced Wayne Routledge and Nathan Dyer.

The fact that everything is questioned and doubted just goes to show how there is no trust amongst the fans when it comes to the club and its owners. It’s a case of ‘I wouldn’t rule anything out with these owners’ reaction amongst many fans and you can’t blame them for that mentality.