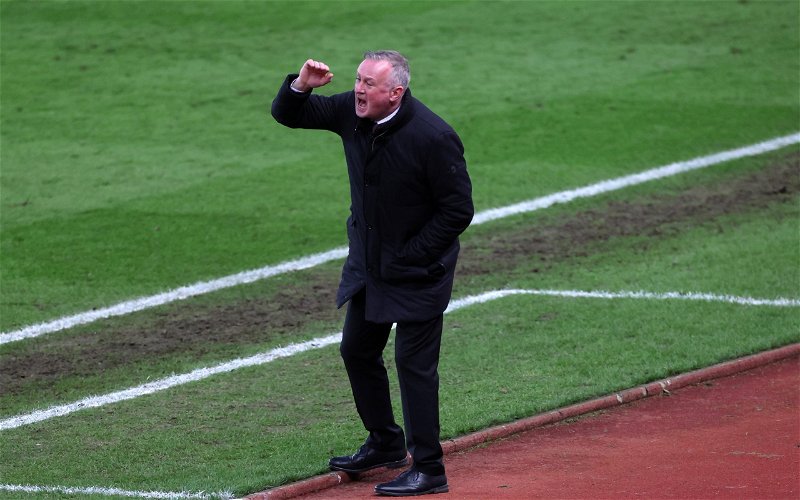 Stoke City manager Michael O’Neill is hoping his side can get their play-off campaign back on track when they host Swansea City tonight at 7.45pm.

Stoke have occupied a play-off place for the majority of the season but their form has dropped off since their 1-0 defeat against Coventry City and have since slid down to 14th place.

But the nature of the Championship means that you’re usually only a couple of wins from turning around your fortunes and it’s no different for the Potters.

They’re 4 points better off than the Swans (39) whilst playing the same amount of games and only six adrift of West Bromwich Albion who occupy the final spot in 6th.

A victory over Russell Martin’s side tonight could see them jump up four places to 10th but O’Neill recognises that the Swans will look like a different team to the one his side beat 3-1 early on in the season.

“They had a new manager at the start of the season and there’s a difference in their style of play. They’re very, very focused on possession of the ball. The possession statistics are consistently very high. We have to be take care of the ball ourselves because if you aren’t, then you struggle to get it back.

“They will be a little further developed than early in the season when Russell wasn’t long in the job and hadn’t had a huge amount of time to impose his style of play and thoughts on the players.

“They’ve signed some players who have added to their in that period as well.

“It’ll be a tough game. They’ve had a really good result against Blackburn who are doing very well in the league – but it’s a game we are a capable of winning and to put ourselves back into the play-off reckoning we have to make sure our home form is back to how it was earlier in the season.”

You often hear opposition managers speak about how they fancy getting some points against the Swans and it’s not too hard to see why. We adopt a rather risky approach, playing out from the back and always making mistakes in possession to allow teams chances. Very often, it comes down to how well opposition teams can stop us playing our game and how well they can be clinical on the counter attack if they win possession further up the pitch.

O’Neill sounds confident that the team he picks will give the Swans problems:

“The team we pick will give Swansea problems but will also have to be adept at winning the ball back as well.”

Swansea City, meanwhile, picked up a very much-needed league win on Saturday and another three points could see them jump up a place.

Martin will be forced into some changes at the back though with Naughton injured and Manning suspended.

More details on that below: