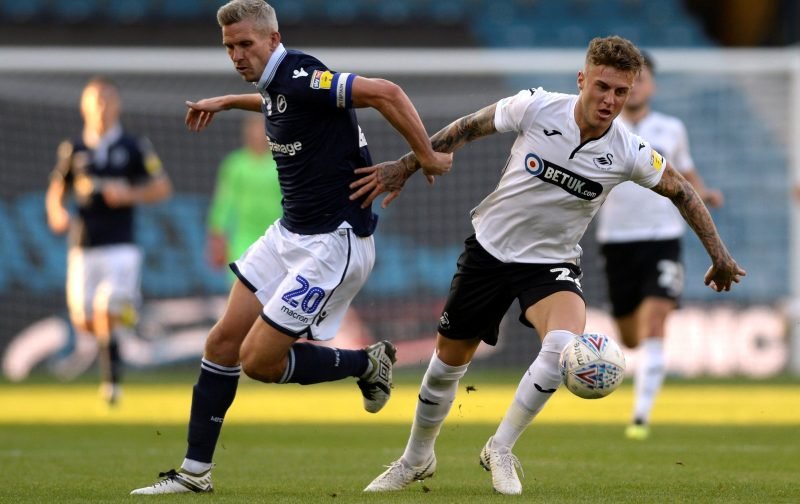 WhoScored.com’s ratings based on stats don’t always get it right in our view but we feel this time they were spot on as Swansea City defender Joe Rodon was back to his very best against West Brom in the 2-1 home defeat on Wednesday night.

It was a confident and commanding performance as part of a back three – playing on the left side with van der Hoorn in the centre and Cameron Carter-Vickers coming in on the right-side.

He won 4 aerial challenges, just one fewer than Carter-Vickers and had a pass success rate of 87.3%. Connor Roberts was Swansea’s top passer with 100% with Matt Grimes just behind with an impressive 97.1% over the 90 minutes.

For me, Rodon looked the most confident and composed among the three defenders. He was strong in the article and duels and went close to getting an equaliser with a headed effort that took a deflection and bounced off the top of the crossbar. 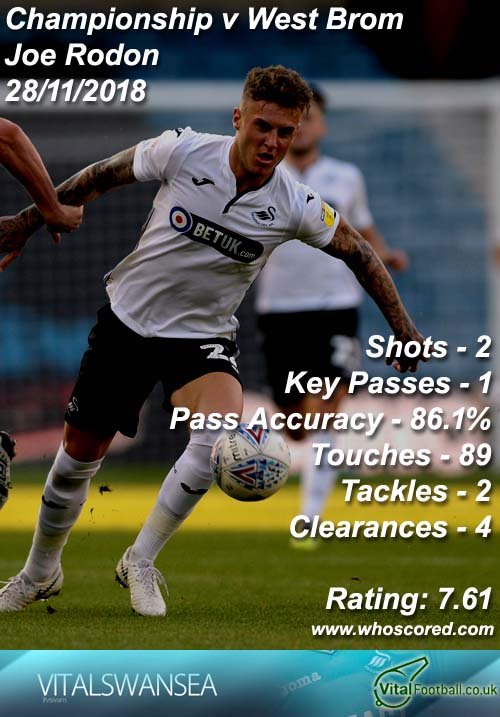 Martin Olsson was close behind with a 7.48/10 rating on WhoScored.com – his key stats included 91 touches and 84.8% pass success rate.

Despite the defeat, it was a much improved defensive performance – from open play anyway as West Brom’s only decent chance came on the 69th minute when Barnes shot came back off the inside of the post. Their set piece defending was lacklustre though and West Brom’s manager revealed afterwards that their first goal was an idea they had to target Swansea’s back post weaknesses.

There was a mis-match in terms of the marking, the likes of Rodon, van der Hoorn and carter-Vickers – who all stand well over 6-foot weren’t marking the right West Brom players and it looked like it was Connor Roberts who lost out for the first goal, and he then lost his marker for the second.